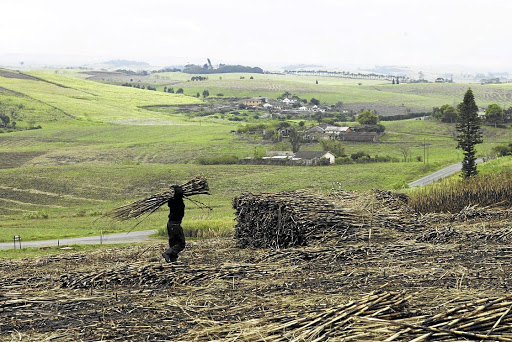 The Black Business Council has called for law enforcement agencies to look into the alleged inflation of profits by Tongaat Hulett management in order to gain big bonuses.

Yesterday, Sowetan sister publication, Business Day, reported that the sugar producer's previous management was being investigated after it allegedly paid itself bonuses based on inflated profits.

The company said it would have to even reduce the equity on its 2018 balance sheet by between R3.5bn and R4.5bn as profits were inflated. Analysts have already warned that the company's former CEO Peter Staude and former CFO Murray Munro, who both resigned last year, would have to repay bonuses they received on inflated profits.

An independent forensic investigation has been instituted to determine whether this happened deliberately, among other things.

New KZN economic development MEC Nomusa Dube-Ncube has met with representatives of Tongaat Hulett in bid to halt the looming retrenchment of about ...
News
2 years ago

BBC president Sandile Zungu said despite the fact that the inflation of profits was yet to be established if it was deliberate, the money involved was huge.

"It is still to be established as to at whose door should we lay the blame. Clearly, the CEO and his CFO cannot escape the blame. As BBC we have always known that corruption is quite rampant even in the private sector. Steinhoff example was the most dramatic of this. The law must take its course. It must show that crime does not pay whether it happens in the private sector or the public sector," Zungu said.

He added that parliament should also look into the allegations.

"Parliament cannot be oblivious to this. It needs to express interest and call all parties to come and account in parliament. It also needs to strengthen its rules, so that people can appear in parliament and be forced to answer and not throw in frivolous defense of thing being sub judice and they can't answer," Zungu said.

Tongaat Hulett allegations follow on the heels of the Steinhoff International accounting fraud where profits were inflated by more than R100bn. The scandal shocked the nation even compelling parliament to look into one of the biggest corporate scandal since democracy. The Hawks are investigating the matter.

Hawks spokesperson Brig Hangwani Mulaudzi said the Tongaat Hulett matter must be reported to the police for investigation.

"It has to be reported either by the company itself or someone else. If someone knew that there was an element of corruption that was committed and is found that that person did not report, then they can become accessory to that crime. The managers at the company have an obligation to report."