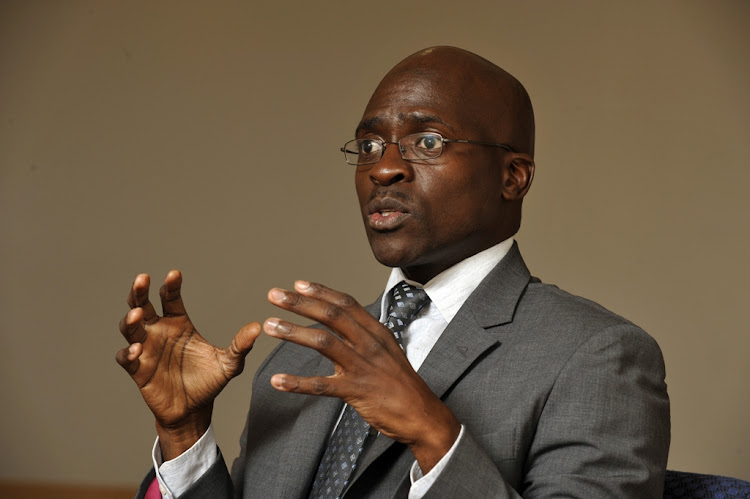 Malusi Gigaba has declined the opportunity to return to parliament as an MP.
Image: Robert Tshabalala

Baleka Mbete will not to take up her seat in the National Assembly - and neither will Malusi Gigaba.

Mbete has withdrawn her name from the list of candidates to be sworn in by chief justice Mogoeng Mogoeng as MPs on Wednesday.

Gigaba, the former home affairs minister, has also declined the opportunity to return to parliament as an MP.

"Indeed Malusi and Ms Mbete have withdrawn from the list," said ANC national spokesperson Pule Mabe, confirming a rumour that had been doing rounds in parliament since Monday night.

Mbete's bowing out brings to a close a 20-year career in parliament, for 14 years of which she was speaker, the most senior political position in the National Assembly.

According to an ANC source, she declined the parliamentary seat following the ANC's national executive committee meeting held in Cape Town on Monday. The committee overlooked her and decided to deploy Thandi Modise to the powerful speaker position.

Thandi Modise is set to become the new speaker of the National Assembly when it convenes on Wednesday.
News
2 years ago

Mbete, who is also a former deputy president of the republic, was heavily criticised during her term as speaker in the fifth parliament and accused of "protecting" then president Jacob Zuma from scrutiny by MPs.

On Tuesday, parliament's spokesperson Moloto Mothapo said he was unaware of Mbete's withdrawal, and that he was hearing it for the first time from the media.

Mothapo, however, noted that political parties could still bring changes to their lists of MPs between the period the IEC handed the list to the chief justice and the swearing in of the MPs.

Mbete was one of the longest-serving MPs. She was the deputy speaker of the National Assembly in 1994 and was appointed speaker in 1999. She became the country’s deputy president for nine months between September 2008 and June 2009. She left government in 2009 to pursue business and returned as National Assembly speaker in 2014.

At the time, she was also the national chairperson of the ANC, elected in December 2007 and re-elected in Mangaung in 2012.

Neither Mbete nor Gigaba were available for comment at the time of publishing. 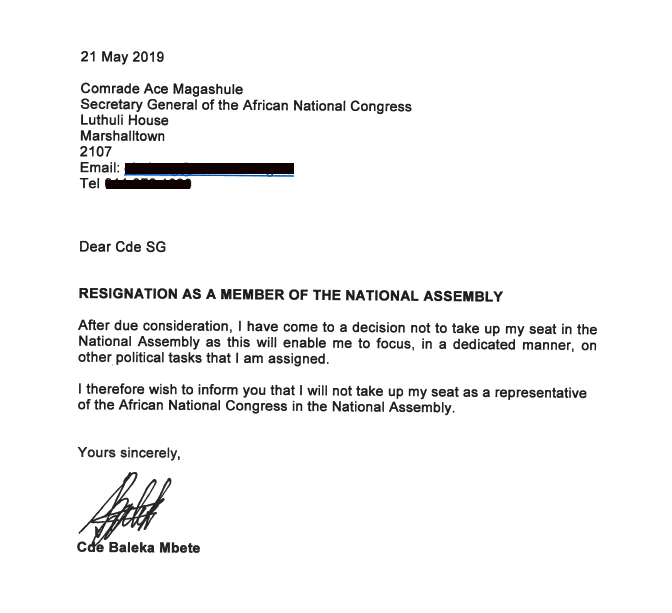 Gigaba resigned as minister and an MP under a cloud in November last year. Scandals included the leaking of a sex tape, and him being found by the public protector and the courts to have breached the executive ethics code by lying under oath.

Ndamase explained that Mokonyane missed the ANC's first caucus meeting on Tuesday because she was still in mourning and had to observe certain rituals – following her husband's passing last month – and that she will be sworn as an MP on Wednesday.