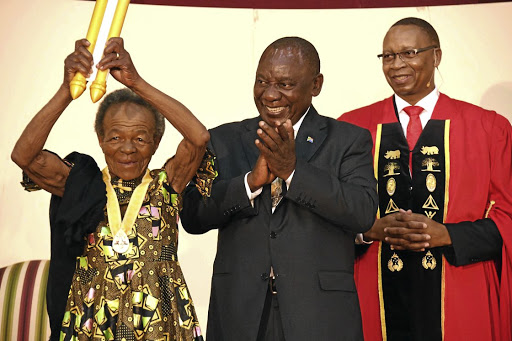 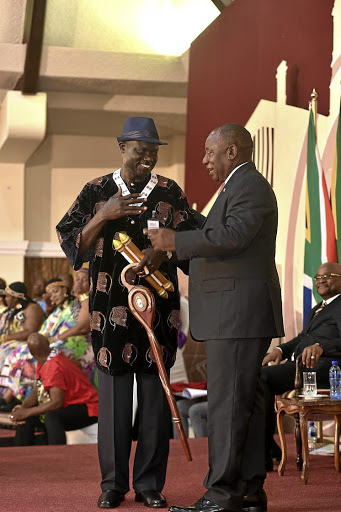 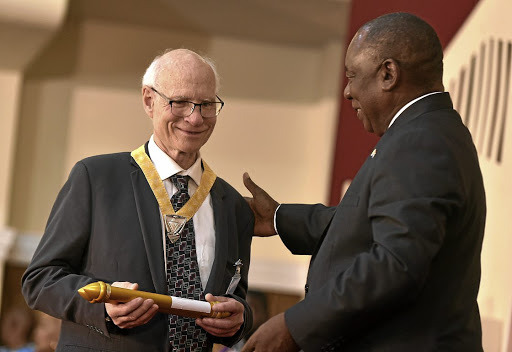 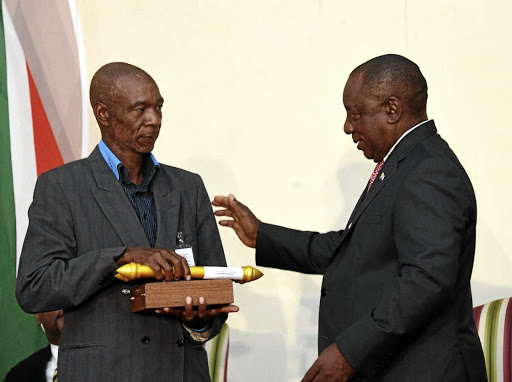 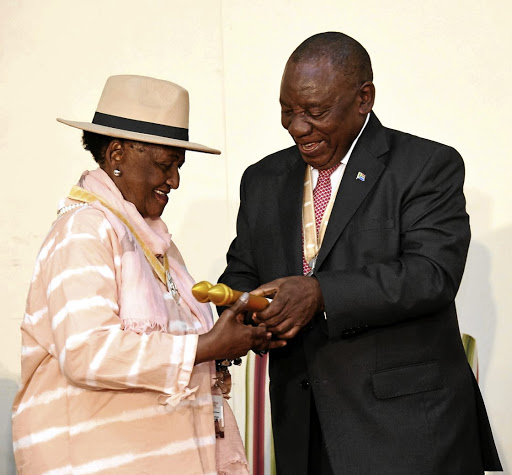 Thapelo Tambani was a brave nine-year-old who died trying to save his friend last year.

Yesterday, President Cyril Ramaphosa presented the boy with one of the highest honours the country can bestow on an individual at the National Orders award ceremony in Pretoria.

Thapelo, who was a pupil at the Transoranje School for the Deaf, was honoured posthumously with the Order of Mendi for Bravery, which recognises South African citizens who have performed acts of bravery.

The order was bestowed in silver.

He died while trying to rescue a friend who got stuck in the mud at a road excavation construction site in Soshanguve, north of Pretoria.

"There can be no greater human contribution than to lay one's life to save another," Ramaphosa said.

"To Thapelo's family, we wish you strength.

"Your son was among the bravest of the brave," the president said.

He said those honoured yesterday represented "endeavour and achievement of immense scale and breadth", adding that they had givenSouth Africans a cause to be proud of.

"There can be no greater human contribution than to lay down one’s life to save another." So said President Cyril Ramaphosa on Thursday as he ...
News
2 years ago

"[We are] proud of your determination, of your courage, of your unwavering patriotism and of your persistence in the pursuit of common good."

Mary Twala - a legendary stage, film and TV actress - was awarded the Order of Ikhamanga in silver.

Twala said she felt honoured to have the accolade which is awarded to individuals who achieved in arts, culture, literature, music, journalism and sports.

Twala, the wife of late actor and comedian Ndaba "Mshefane" Mhlongo and mother of TV and radio personality Somizi Mhlongo, is currently shooting a film titled This is Not A Burial, It's Resurrection, in Lesotho.

She's flying out to the Mountain Kingdom for the shoot this morning.

Veteran journalist Mathatha Tsedu, who was also awarded the Order of Ikhamanga in silver, said he felt a bit emotional when the award was presented to him.

Tsedu said the ambience during the awards' presentations took him back to "the days of umzabalazo [Struggle]".

"The singing of revolutionary songs took one back... what we went through when those songs were sung," Tsedu said.

"I raised my clenched fist, that was my way of showing emotion."

Tsedu said he was "grateful" because the president bestowed the order on him on behalf of all South Africans for "the little I did" for the country.