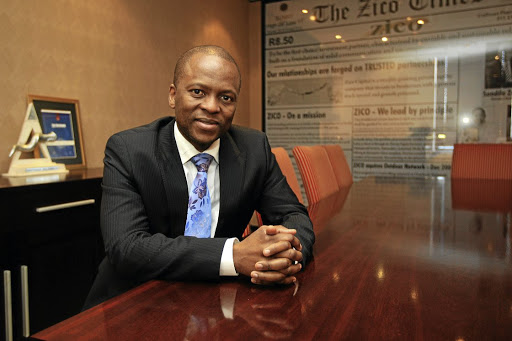 The state's tender system and black economic empowerment policies have led to the creation of black millionaires and a few billionaires in the past two decades without really transforming the economy.

Economic transformation is still one of the most daunting challenges faced by SA - 25 years into democracy.

Despite several laws, regulations and guidelines to ensure government procurement becomes a tool the state could use to help transform the economy and propel black companies and business people into the mainstream economy, it remains largely untransformed.

Black economic empowerment sought to reverse the apartheid system's discriminatory advantages by giving black people, mainly Africans, Coloureds and Indians economic privileges that had been available to whites for years.

There is, however, still a big debate raging on the system not doing much to transform the SA economy, which still remains white-owned.

President of the Black Business Council (BBC) Sandile Zungu has told Sowetan he believed a lot has been achieved in transforming the economy in the past 25 years.

Democracy is a foreign word to Malifu Motinya as her life has not changed since SA had its first democratic elections in 1994.
News
3 years ago

"A lot has been achieved but maybe not fast enough, we need to increase speed of transformation," Zungu said.

The country's post-democracy economic policies led to the creation of SA's first black dollar billionaire in mining magnate Patrice Motsepe, while other successful business people such as Zungu, Saki Macozoma, President Cyril Ramaphosa and Tokyo Sexwale can be counted among other success stories since 1994.

However, there are thousands of black businesses who purely exist to do business with the state only through tenders, mainly as suppliers.

Many of them, commonly known as tenderpreneurs, have not or could not expand into the mainstream economy beyond relying on tenders.

Zungu lamented the problem of access to capital faced by black business people who wanted to grow their businesses from relying on just doing business with the state.

"Government needs to ensure that black people can be assisted to access capital, because the biggest problem with black economic empowerment and those people who want to graduate from supplying services and products to the state, they cannot access capital to expand," Zungu said.

He said many black business people have plans and visions to grow but they were forced to be limited "in remaining peripheral suppliers of menial services".

Zungu, executive chairperson of Zungu Investments Company, said black suppliers doing business with government through tenders were victims of corruption as in most instances they were forced to pay someone for payments to be fast-tracked as they were often not paid on time.

Zungu believes the transformation of banks would go a long way in propelling real and fast economic transformation. He said currently, there's not much hope unless banking transformed drastically.

"People need banking to expand and make acquisitions, you cannot avoid the banks... that's why the idea of a black bank becomes even more important," he said.

Business person Genius Ngwenya from Bronkhorstspruit, east of Pretoria, who got into business through the government's tendering system, believes there is still a long way ahead before the SA economy gets fully transformed because there was no support to help him expand beyond tenders.

"If you want to go to next level, government's BEE doesn't help you in any way, you're on your own," Ngwenya said. "I think BEE just helps you to become a tenderpreneur, it opens doors for you and that's where it ends."

In the days leading up to the first democratic elections in 1994, it was almost obvious that most black people were going to vote for the ANC.
News
3 years ago

Economist Duma Gqubule believes not much has been achieved especially looking at companies listed on the Johannesburg Stock Exchange (JSE).

He said although there were some medium-sized black businesses listed on the JSE, most of them had net asset values of less than R2bn.

Gqubule said it was the case of "there's Patrice Motsepe's companies and there's everybody else".

"We haven't made many significant black-owned companies," Gqubule said.

Gqubule said even though government spent more on construction, black companies thrive in areas white-owned firms were not interested in, this included building RDP houses and schools.

This meant bigger tenders and contracts, including the construction of freeways, still went to white-owned companies, Gqubule said.