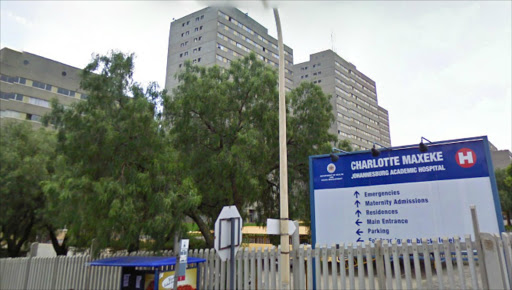 The DA has accused Charlotte Maxeke Hospital management of failing to tighten controls to ensure medical waste is safely disposed of.
Image: https://maps.google.co.za/

The Charlotte Maxeke Hospital has inexcusably failed to act in tightening controls to ensure that medical waste in the Johannesburg facility is safely disposed of, says DA MPL Jack Bloom.

Bloom said he was horrified by reports of amputated limbs and dead babies being found regularly in hospital laundry.

Bloom, who is the DA shadow MEC for health in Gauteng, said workers at the laundry had complained for a long time about the stress of finding foetuses and body parts in linen taken from wards and sent down a chute to the laundry.

“Last week I wrote to the hospital CEO, Gladys Bogoshi, about the problem, including two horrific photos taken by workers. One was a fully formed baby and the other a foetus covered in blood, but I did not receive a reply,” he said

Bogoshi told the Star newspaper that an unidentified foetus was found outside delivery rooms, which made it difficult to establish which ward it came from.

Bloom said laundry employees worked in terrible conditions and risked being infected by medical waste that they were not meant to deal with.

“I hope that urgent measures are taken to resolve this problem, which highlights generally poor management in hospitals that the Gauteng health department has failed to address over many years.”

The SA Human Rights Commission said that it will not issue an “adverse” report on Gauteng's health department after its probe into baby deaths, long ...
News
2 years ago

Surgery by doctors at a Gauteng hospital will determine the fate of conjoined twins from Mpumalanga.
News
2 years ago
Next Article