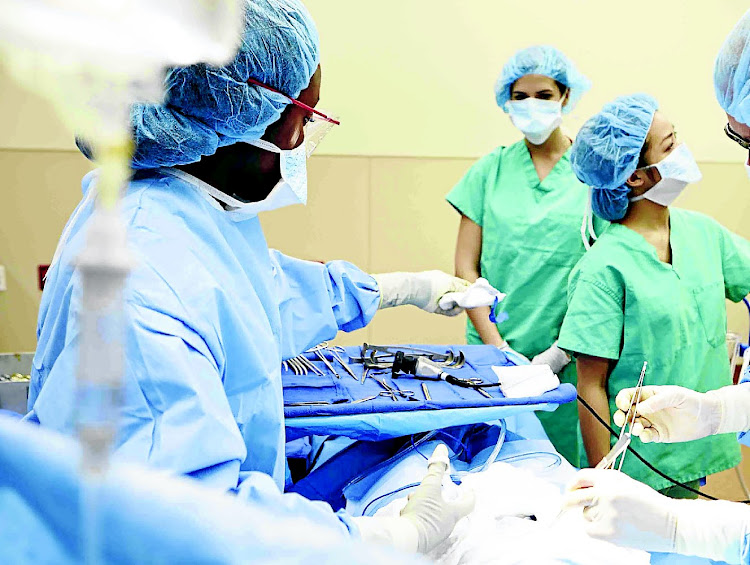 The twins, who are set for a surgery, share an umbilical cord.
Image: 123RF

Surgery by doctors at a Gauteng hospital will determine the fate of conjoined twins from Mpumalanga.

Mpumalanga health department spokesperson Dumisani Malamule said the female twins, who were born to a 21-year-old mother, were expected to undergo surgery soon.

Malamule said the babies, who were born at Lydenburg Hospital in Thaba Chweu, were transferred to Steve Biko Academic Hospital in Pretoria soon after birth.

"A caesarean was performed on March 18 and the twins, who are conjoined on the abdomen and chest, were delivered. The babies share an umbilical cord," he said.

The twins were born with a combined weight of 4.8kg.

The mother of the twins, who asked not to be named, said she would only comment after being briefed by doctors.

News of another genetically modified baby on the way should force South Africa to fast-track investigations into existing gene-editing law and ...
News
3 years ago

"I don't know anything, so please let's talk when the doctors have briefed me," she said.

"We would like to wish the children a successful operation and we believe that God will be with them throughout the operation," Manzini said.

SA has seen a few births of conjoined twins over the years, including the famous Mpho and Mphonyana Mathibela, who were successfully separated at the head by doctors at Chris Hani Baragwanath Academic Hospital in 1988.

Mphonyana died a year after the separation due to pneumonia.

In 2006, Danielle and Danika Lowton were also successfully separated during a 16-hour surgery.

A team at Dr George Mokhari Hospital in GaRankuwa separated male twins Tshepo and Tshepang from Limpopo. They had been conjoined at the abdomen.