Montclair shooting: What we know 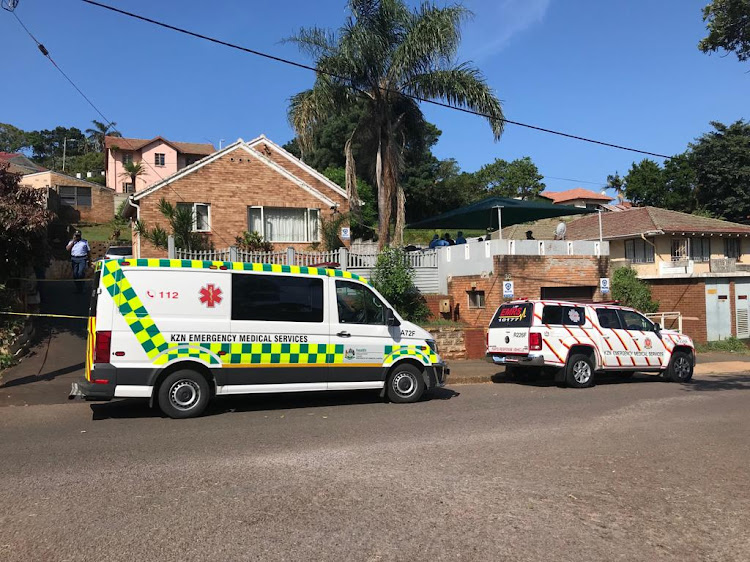 Police and paramedics at a house in Montclair, Durban, where five people died on Wednesday.
Image: Thuli Dlamini

The death of five family members in Montclair, Durban, has shocked South Africans  and left the extended family devastated and confused.

The five, a man, his wife and three children, were found shot dead at their home on Wednesday.

This is what we know:

Identities of the deceased

The man has been identified as a 41-year-old interpreter at a Durban court and his wife as a magistrate. Their names have not been revealed.

Their three children were between the ages of nine and 17.

Police have said the incident happened on Wednesday afternoon at about 12.45. They made their way to the scene after they were alerted by relatives of the deceased, who had been unsuccessfully trying to contact them on their cellphones.

The relatives travelled from KwaDukuza, in northern KwaZulu-Natal, after they received a call from a neighbour, who told them something bad had happened.

Family member Xolani Mkhize said the incident had come as a shock to the family.

The parents of the man, Sipho and Thandi Mkhize, were also present.

A neighbour told our sister publication TimesLIVE the man had been seen taking his children to school on Wednesday morning. Others said they had not heard any gunshots or screams, and were not aware of the incident until police questioned them

Police spokesperson Lieutenant-Colonel Thulani Zwane  said an investigation into four murders had been launched and one inquest docket opened.  After the investigation, police would confirm whether the deaths were a result of crime or suicide.

The death of five family members in Durban, Montclair has left South Africans shocked and the extended family of the deceased, devastated and confused. This is what we know so far.