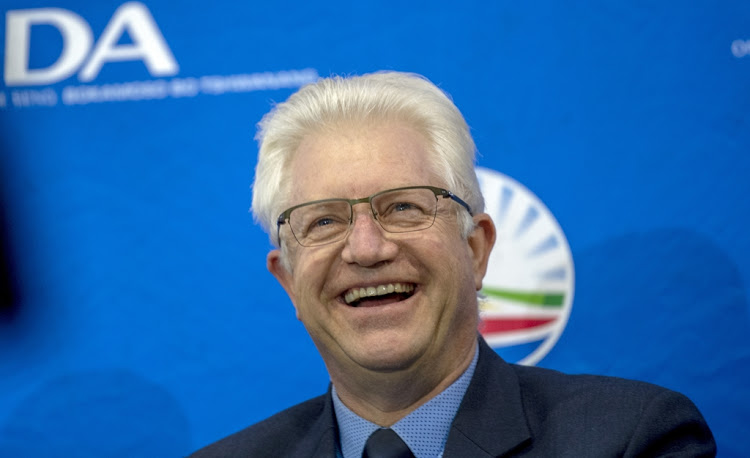 Unveiling the DA's "plan of action for the Western Cape" at a rally in Bellville ahead of the May 8 national and provincial elections‚ Winde said his province would never reach its full economic potential if it continued to rely on energy supply from Eskom.

Winde‚ who is the former Western Cape MEC for economic opportunities‚ has been endorsed by the DA to succeed Helen Zille‚ who is seeing out her second and last term as premier.

Winde told a packed Bellville Velodrome he wanted the Western Cape to start setting up electricity supplies drawn from natural resources such as‚ solar and gas sources.

DA wants policing to be decentralised and provinces given more power

A DA-led government would seek to decentralise policing and give provinces real power in crime fighting and community protection - Maimane said on ...
News
3 years ago

"I don't know about you‚ but I refuse to remain hostage to a corrupt and inefficient Eskom. This is why‚ if I am elected premier‚ I will work towards securing energy independence for the Western Cape.

"We live in a province blessed with sunny skies and our famous south-easter. It is time that we harnessed these natural resources and became energy self-sufficient.

"So‚ we will explore every avenue to establish our own energy sources of energy‚ especially wind‚ solar and gas.

"And we will cut out the corrupt Eskom middle man and buy energy directly from independent power producers."

Winde said the outgoing DA administration‚ had delivered houses to more than 700‚000 people in the last five years‚ established two new district hospitals and created more than half a million jobs in the last ten years.

He said they had attracted foreign direct investment to the tune of R100bn in the last decade.

Crime 'out of control': Western Cape MEC after murder of Irishman

Crime is “out of control” in the Western Cape‚ according to provincial community safety MEC Alan Winde.
News
3 years ago

Winde said this was the legacy Zille was leaving behind.

In a jibe at President Cyril Ramaphosa‚ Winde said the DA had not experienced nine wasted years.

"Our new dawn began on the day the people of this province got rid of a corrupt ANC government and replaced it with a clean DA government.

"We didn't have nine wasted years in the Western Cape. While the ANC was taking our country backwards‚ we were taking this province forward."