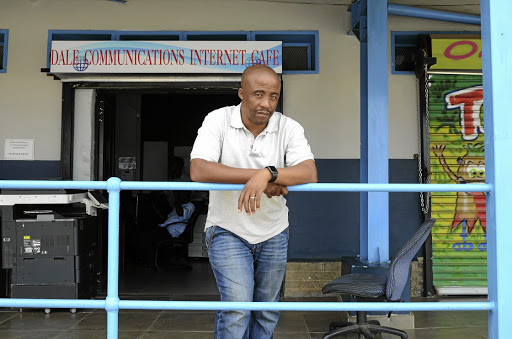 Dozens of township businesses have been hit hard by load-shedding that some have been forced to close shop.

Small business owners told Sowetan yesterday that operations had taken a knock since Monday, leading to massive losses including rotten food that they will be forced to throw away.

Busisiwe Ndlovu, 45, who owns Ceasers Chicken in Orlando West, said she had recently bought meat, polony, burgers and viennas in bulk but she feared that her stock will rot.

"Our customers want fresh food and we always give them what they want, but now I am worried because the fridge is on and off. Now we will be forced to buy in small amounts regularly and that is expensive," said Ndlovu.

Tebogo Mofokeng, who owns Dale Communications and internet cafe, said he has since closed shop.

Walter Mogane's idea for a kasi food delivery mobile app was born when he and a friend were watching a soccer match one day.
Good Life
3 years ago

President Cyril Ramaphosa has expressed shock at the news that Eskom is implementing stage 4 of load-shedding.
News
3 years ago

"Everything here uses electricity and we do not have back-up. We lose a lot of money when there is no electricity," said Mofokeng.

Freeman Polano, a welder, said his sales have dropped dramatically in the past three days. "On an ordinary day, I make five burglar gates a day. Since Monday, I have only managed to make two because the electricity goes for at least five hours.

"I have no choice but to close for the day because I can't work without electricity."