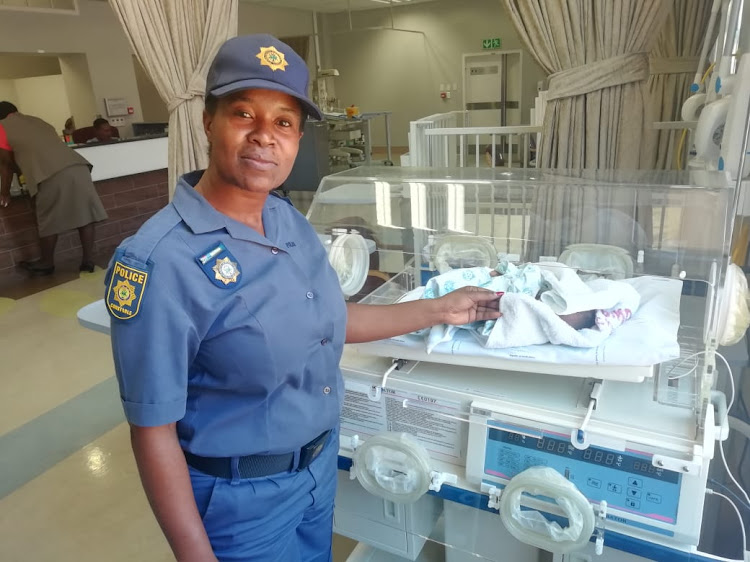 Constable Nomsa Mashaba next to the hospital incubator with the baby who was found abandoned in Pretoria on Monday.
Image: SAPS

Pretoria police have asked the public to help them find Lebogang Botolo, who could assist them in solving the case of a three-week-old baby who was found abandoned on Monday.

The baby girl was found inside a handbag on a sidewalk in Jorissen Street, Sunnyside, on Monday evening.

Police said the baby was recovering in an incubator at a local hospital following her admission shortly after the police had rescued her.

When the police visited the baby girl at the hospital earlier on Thursday afternoon, her condition had vastly improved compared to the time when she was found, police spokesperson Capt Daniel Mavimbela said.

He said anyone who might know the whereabouts of Botolo should contact Warrant Officer Gerard Henning of the SAPS Family Violence, Child Protection and Sexual Offences Unit on 071 675 7489 or contact the nearest police station.

Mavimbela said parents who did not wish to keep their newborn babies should use the two “baby bins” that were available all day where they could safely deposit their babies.

The baby bins are at the corners of Spuy and Vos streets, and Steve Biko and Jorissen streets.