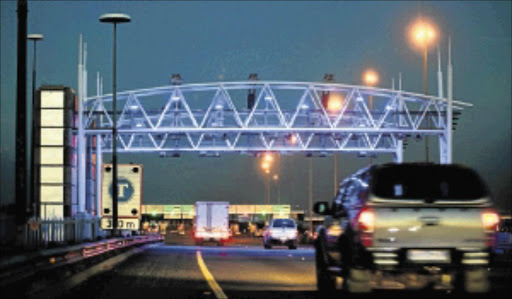 The DA has revealed that the e-toll contract has been extended.
Image: SIMON MATHEBULA

A contract between Electronic Toll Collection and the South African National Roads Agency has been extended for another year.

This means that the scrapping of Gauteng's e-tolls will not come into effect before the elections, despite the ANC vowing this would happen.

The DA on Thursday revealed that a new contract will come to an end in December 2019, with an option of renewing until 2021.

"The Electronic Toll Collection confirmed that its contract to manage e-tolls in Gauteng had been already extended in April 2017 and will run until December 2019. "This directly contradicts the written reply by the minister of transport in September 2016 that the contract would expire on December 31 2018," said DA premier candidate Solly Msimanga.

E-tolls are leading Gauteng into a bumpy ride

The controversial e-tolling system was once again another hot potato to handle for the Gauteng government.
News
3 years ago

He was speaking at the party's offices in Bruma, Johannesburg, on Thursday, accompanied by DA shadow minister of transport Danny de Freitas and DA Gauteng leader John Moodey.

Msimanga said the ANC-led government deliberately misled the public as it knew well in advance that the contract had already been renewed.

"The ANC has had plenty of opportunities to set the record straight on the e-toll contract, but have instead kept quiet and continued to keep South Africans in the dark on the status of the contract," he said.

"The ANC has been given too many second chances, it is now time for change that only the DA can deliver."

In November last year, ANC provincial deputy chairperson and MEC for education Panyaza Lesufi assured frustrated motorists that within the next six months, the current e-toll funding model would no longer exist.

In the same month, the ANC in Gauteng marched with civil society organisations to the Union Buildings to call on President Cyril Ramaphosa to scrap e-tolls and replace them with another model.

Gauteng residents may have to wait for some time before clear word comes through on what should happen to the failed e-tolling system.
News
3 years ago

The resolution by the ANC in Gauteng to scrap e-Tolls is all bluster but there won’t be any action taken towards this, says the Democratic Alliance.
News
3 years ago
Next Article