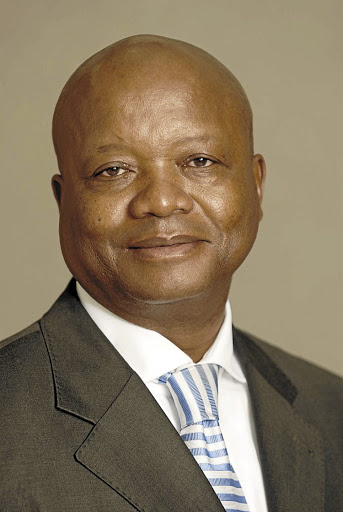 Former president Jacob Zuma fired his first director-general, Vusi Mavimbela, out of suspicions that he was then human settlements minister Tokyo Sexwale's mole.

Zuma at the time considered Sexwale a potential rival for the ANC presidency.

In 2010, on the day he removed Mavimbela as DG, Zuma told him that his inner circle was not happy with the presence of someone who was close to Sexwale at the Union Buildings.

They believed that Sexwale was gearing up to run against Zuma at the next ANC conference, which was to be in 2012.

This is contained in Mavimbela's memoir titled "Time is Not the Measure", where he explains how Zuma showed him the door after Sexwale had allegedly claimed that he had planted him to keep tabs on the Union Buildings.

However, Zuma assured "me that he did not believe that I was acting against him as Sexwale's mole. He said those who claimed that did not understand how far back in the ANC he and I went."

"He [Zuma] said he told them that my mature political judgment would not allow me to back Sexwale against him. He told me that he believed in me. His problem, however, was the pressure his inner circle was exerting on him to move me out of his office."

Mavimbela, a seasoned politician and former National Intelligence Agency director-general, left the presidency less than 18 months after he started. Mavimbela said Zuma's inner circle felt that the former president needed to get rid of him as he came across as Sexwale's lapdog.

"They felt that it would be risky for them to start preparing his support campaign with me sitting right at the apex of one of his offices. He did not want to continue ignoring the pleas of those who would campaign for his second term in office," Mavimbela says.

According to the memoir, ANC national executive member Joel Netshitenzhe also informed him that Sexwale told him and others that he had seconded him to the presidency to help Zuma.

He said what made things worse was that relations between Zuma and Sexwale had begun to unravel. He said he was aware that the interaction between them was "fractious".

Netshitenzhe and his fallout with Zuma came into the spotlight when the ANC's policy guru - one of a few senior party members who served in former president Thabo Mbeki's administration - lambasted the ANC for trying to "micromanage" government.

At the same event, Netshitenzhe also accused some ANC members of insisting that its own cadres must remain in positions despite the fact that "a real misdemeanour is perpetrated".

In the book, Mavimbela also says Zuma's office was run through "misallocated informal authorities" with no centre of "accountability and discipline".

"[There was] unstructured and informal decision-making, command and control and poor follow-up mechanisms had become the norm."