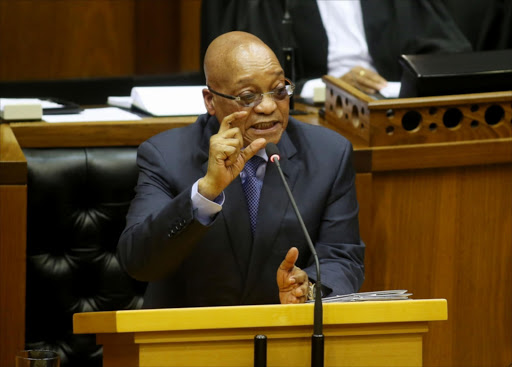 If you were to list the different cabinets SA has had since 2009‚ you’d need 14 columns.

That’s what the Institute of Race Relations has done in a new report‚ Executive Chaos‚ which says instead of a stable administration under the ANC’s large parliamentary majority‚ SA has endured “a period marked by profound turmoil and dramatic and frequent change”.

Report author Gareth van Onselen‚ head of politics and governance at the IRR‚ said on Thursday: “There are many reasons for the ANC’s failure to deliver over the last nine years‚ but one of the biggest contributing factors is undoubtedly the discontinuity in leadership‚ at the very top.

“Executive chaos at the top equals delivery chaos on the ground.”

The SA economy could have been up to 30% or R1-trillion larger had the country kept pace with other emerging markets and Sub-Saharan African ...
News
2 years ago

The nine years since Jacob Zuma took over as president have seen 129 people serving as a ministers or deputy ministers‚ and no fewer than 164 changes to the national executive.

- The average national executive since May 10‚ 2009‚ has lasted 245 days before being reconstituted;

- 57 people who have been ministers or deputy ministers are no longer part of the national executive;

- By the time his second term started‚ Zuma’s cabinet retention rate was just 28%‚ just over half that of his predecessor‚ Thabo Mbeki;

- Of the 64 national executive members in May 2009‚ 37 are no longer part of it and only seven retain their original positions;

- Only the basic education ministry has the same minister and deputy as it had in 2009; and

- The communications ministry has had eight ministers and five deputies.

As well as Angie Motshekga at basic education‚ three other ministers have clung on to their jobs since 2009: Ebrahim Patel at economic development‚ Aaron Motsoaledi at health and Rob Davies at trade and industry.

The 77-strong national executive currently has five vacancies: there is no environment minister after the death of Edna Molewa on September 22; Pravin Gordhan has no deputy at public enterprises; and there are three empty offices in the presidency.

ANC secretary-general Ace Magashule has described former president Jacob Zuma as one of the best leaders the party has ever produced.
News
2 years ago

Zupta-stained cabinet must be cleaned up

It's quite clear the Cyril Ramaphosa cabinet is being outnumbered by compromised ministers and officials. This is if the report on state capture is ...
Opinion
2 years ago
Next Article