JZ's chance to clear the air over graft 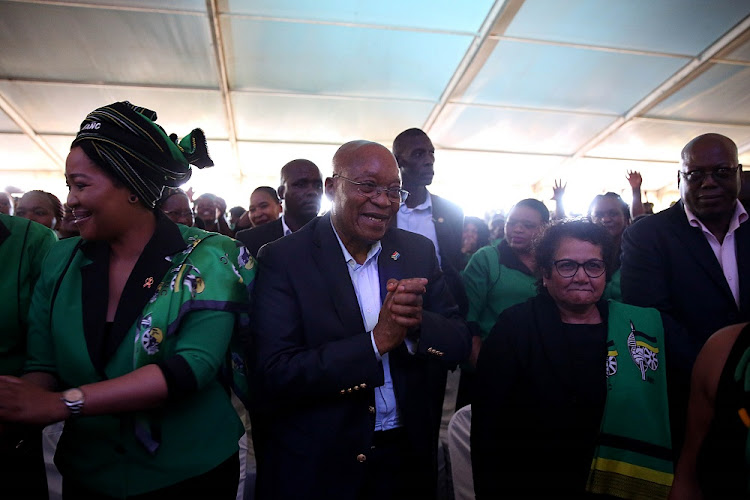 That is a song that has now surpassed even "Mshini wami" as the favourite among former president Jacob Zuma's supporters.

It was composed by a Durban-based Cosatu shop steward, now late, in 2005 soon after the then deputy president was fired by Thabo Mbeki, the then head of state.

At the time the song was a protest against the state's plans to charge Zuma on corruption charges relating to his then financial adviser Schabir Shaik and the Arms Deal.

Today, however, it is used to plead the innocence of the former president on all accusations leveled against him, including the charge that he basically handed over the running of the Republic to the hands of his friends the Guptas.

Like in the Arms Deal case, Zuma denies any wrong doing relating to his relationship with the Guptas. He insists that he never used his political office to benefit the family which happens to be business partners with at least one of his children.

“Ajay Gupta demanded me to put money in their companies‚” Maseko said.
News
2 years ago

The start of the state capture commission, headed by deputy chief justice Raymond Zondo, provides South Africa with an opportunity to test the allegations levelled against Zuma and his associates once and for all.

If, like his supporters continue to claim, the former president is a victim of a "conspiracy" involving his political foes in the ANC; the opposition and within the ranks of "white monopoly capital", they will be exposed.

However, if there is evidence implicating him and any of his associates in state capture, we will know.

The commission, therefore, is currently the best platform to separate fact from fiction on this matter.

It is therefore important that all the parties involved do all the power to ensure that the proceedings at the commission are not delayed unnecessarily due to technicalities. The matter has dragged on for too long and set our country back by several years. It is about time it is resolved and those found to have aided the unconstitutional hand over of state power to an unelected private family are prosecuted and punished for their betrayal.

Jacob Zuma’s former trusted and powerful adviser Lakela Kaunda is being accused of facilitating a meeting between state capture whistleblower Vytjie ...
News
2 years ago
Next Article