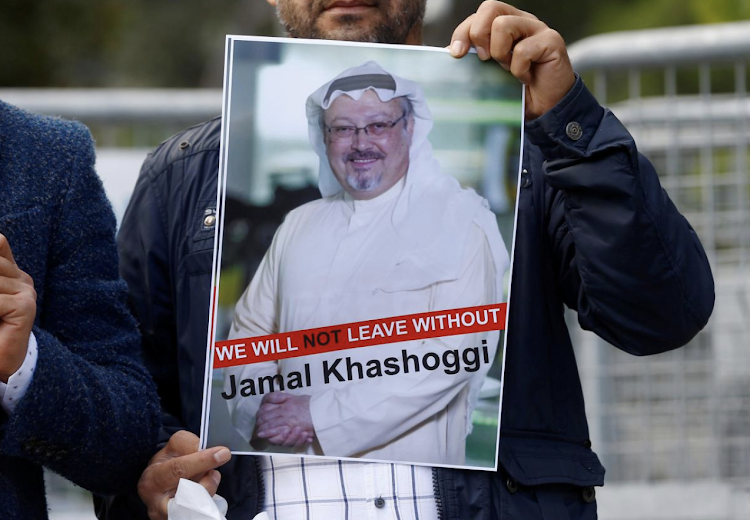 A demonstrator holds a picture of Saudi journalist Jamal Khashoggi during a protest in front of Saudi Arabia’s consulate in Istanbul, Turkey, October 5 2018. REUTERS/OSMAN ORSAL

The government has welcomed an investigation into the disappearance of Saudi Arabian journalist Jamal Khashoggi in Turkey.

Khashoggi, a critic of Saudi crown prince Mohammed bin Salman, is believed by Turkish officials to have been killed and dismembered after entering the Saudi consulate on October 2.

The disappearance has sparked criticism of the Saudis, with cancellations by some major guests of the kingdom’s upcoming Future Investment Initiative conference, nicknamed “Davos of the desert”.

Khashoggi, a Washington Post columnist, was last seen entering the consulate on October 2. Turkish authorities say he was killed there.
News
2 years ago

The department of international relations said in a statement on Wednesday that it was joining the international community in “expressing concern” over Khashoggi’s disappearance.

“Government welcomes the ongoing diplomatic interaction between the Republic of Turkey and the Kingdom of Saudi Arabia, as well as the investigation which seeks to get to the bottom of this matter,” it said. “We trust that this investigation will provide clarity and answers regarding the disappearance of Mr Khashoggi. The South African government shall remain seized of this matter through diplomatic channels.”

The New York Times reported this week that the Saudis are expected to admit that Khashoggi was killed in an interrogation gone wrong.

Turkish officials have said an autopsy specialist, who was carrying a bone saw, was part of a group of  Saudi nationals who flew in and out of the country on the day that Khashoggi disappeared.