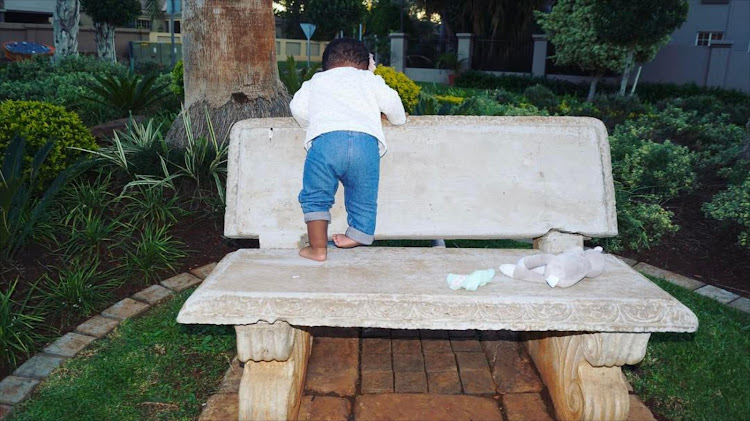 Do you remember the story of Baby Phenyo — the toddler who needed nearly R2-million to undergo surgery so she could take her first steps?

Well‚ Phenyo may finally be on the road to taking those little steps‚ thanks to her tenacious parents who have fought for a year to raise funds through various campaigns and events to get their daughter to undergo specialised surgery in the US.

Phenyo was wheeled into surgery four days ago in Florida‚ US‚ and has since been discharged from hospital.

“She’s doing well.. Thank you for all the prayers and well wishes‚” her parents said on her Facebook page‚ Get Phenyo Walking.

The little Johannesburg girl was born with tibial hemimelia – a condition which caused a defect to one of her legs and ankles — making it impossible for her to walk.

Speaking to this publication  last year‚ her father said that South African medics they had consulted had advised the parents to amputate her leg but after doing their own research‚ they had found a doctor in Florida‚ US‚ who had successfully operated on other children with a similar condition.

At 17 months‚ children are usually getting comfortable with running around and exploring on their own‚ but this isn’t the case with Phenyo Moropa‚ a ...
News
4 years ago

The doctor reviewed Phenyo’s medical records and advised that three surgeries would be needed. These would cost around R1.8-million.

“We knew immediately when she was born that something was not right. Since then‚ we went to top orthopaedic surgeons around the country. The only options we were given was to amputate…. But we wouldn’t be able to live with ourselves as her parents if we did not try everything‚” Phenyo’s father‚ Tshepo‚ told this publication  at the time.

He spoke of the hurt of seeing her struggle to do things that her peers were doing.

“There was a time when there was an Easter egg hunt. She couldn’t run or walk or take part. As a parent‚ it is painful when there is nothing you can do to make things easier for her‚” Tshepo said.

While this has been a tough road for the Moropa family‚ they expressed gratitude for the support they received.