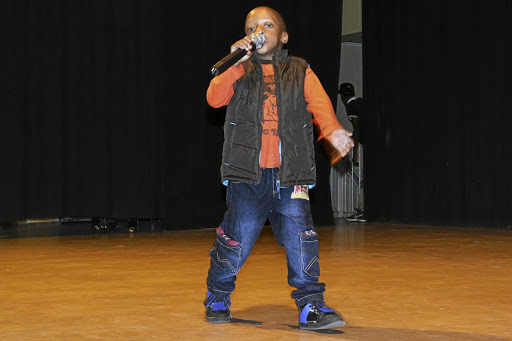 MC Tsotso is making waves in his hometown of Vryburg.
Image: Supplied

An 11-year-old motswako rapper from Vryburg in the North West is set to shake things up.

Popularly known as MC Tsotso, the young dynamite who says he looks up to stars such as Cassper Nyovest and AKA, is becoming a YouTube sensation just like pop star Justin Bieber.

The video of his song Ko Skolong has already raked 19000 views in a few weeks.

The popular track is about life at school, and he also sings about his brother and uncle.

Born Phenyo Nqobile Lebona in Huhudi, a township in Vryburg, North West, he has been rapping since he was just four.

His uncle, Tebogo Lebona, who is also his manager, said MC Tsotso had his first public performance in 2011 at a cultural event in Vryburg.

“We so badly need so many more black YouTubers doing a variety of things."
Good Life
3 years ago

"We noticed then that he was ready to perform in public," adding that since then had performed at various festivals in the town.

MC Tsotso says he became a rapper because he was inspired by his brother Tshepang Lebona. "I am inspired by the likes of Khuli Chana, Cassper and AKA. I like hip-hop because I can express myself without any limitation."

His mother Dineo Lebona says she was not surprised when her son started rapping at that young age because he was born prematurely.

"I had him when I was seven months pregnant. One of the doctors told me that premature babies were mostly special. But I encourage him to concentrate on his books because education is important."

The young star is set to shine when he performs at the Huhudi Food, Arts and Craft Festival at Bloom Tech Lodge in Vryburg tomorrow. He will share the stage with DJ Nation, Afrisoul, Fruitystar, and GP Massive.