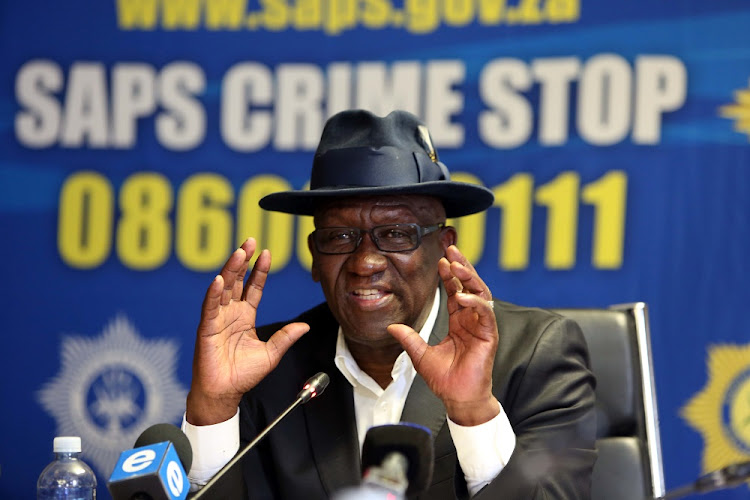 South Africa has recorded an increase in the number of reported serious crimes including murder‚ attempted murder and sexual offences.

Presenting the crime statistics for the 2017-2018 financial year in parliament on Tuesday‚ the head of police crime research and statistics‚ Maj-Gen Norman Sekhukhune‚ painted a sorry picture of the fight against crime.

Western Cape police stations recorded the highest number of murder reports‚ followed by those in Gauteng. Some of the main reasons behind the increase in murders included taxi violence‚ gang-related violence and mob justice‚ Sekhukhune said.

The SA Police Service releases the yearly crime stats on Tuesday, September 11 2018. Here are seven alarming figures from the results.

Reports of cash-in-transit heists were also on an upward trend: 238 such cases were recorded in the current financial year up from 152 in 2016-2017.

Police minister Bheki Cele told MPs that the crime statistics were "nothing to write home about".

"Crime stats are nothing to write home about … our emphasis is what should to be done‚ rather than the crime stats … the example I have all the time is it doesn’t matter what figures you put‚ if you cannot deal with murder cases it will not bring any joy to South Africans … on average 57 people are murdered a day‚ which brings us close to a war zone … yet we are not in war‚" Cele said.

"The answer we must give is what should be done … never again will we come to give such statistics … it cannot be that South Africans are put under such fear‚ stress‚" the minister said.

Police committee chair Francois Beukman said the increase in the murder rate was "alarming and unacceptable".

The government has previously acknowledged that the high level of violent crime in SA has a significant negative effect on the country’s economy‚ and deters foreign investment.