STATE CAPTURE INQUIRY: We are fighting a war against abuse of state funds 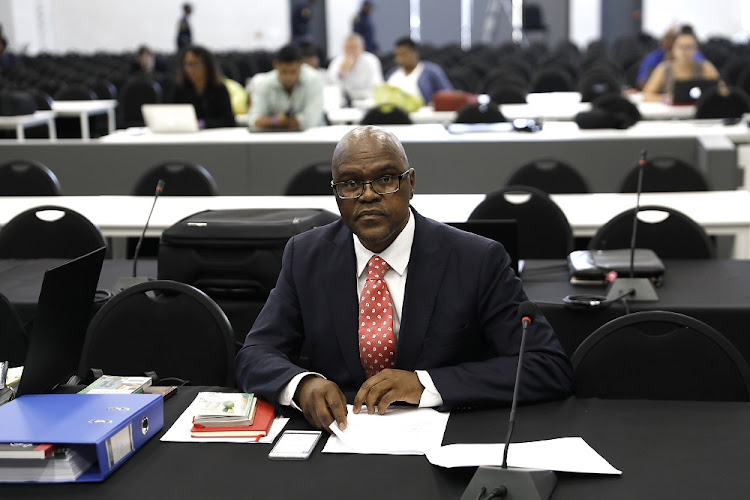 National Treasury is fighting a “war” against abuse of the state’s procurement system‚ which is worth R800-billion per year.

This was testimony provided by acting chief procurement officer Willie Mathebula who is the first witness to testify before Deputy Chief Justice Raymond Zondo’s commission of inquiry on Tuesday.

“It’s an open secret that Treasury has commissioned some investigations into irregularities‚ specifically in procurement of specific goods and services within some of these large public entities…There is a directorate within the office of the chief procurement officer that deals specifically with irregularities and abuse of the system. But secondly‚ within Treasury‚ specifically within the office of the accountant-general‚ there is a unit that deals with investigations.”

Mathebula was responding to questions about how Treasury monitors procurement processes and holds those who flout regulations accountable. He said there were gaps within Treasury’s regulatory framework for procurement that they were always working to close.

“These units collaborate with law enforcement agencies. We do reviews of tenders awarded by spheres of government‚ especially when allegations are raised by interested parties. We also realise that there could be some gaps in our own regulatory framework and from time to time we issue Treasury instructions to augment the gaps‚” he said.

The first witness in the commission of inquiry into state capture, Willie Mathebula, took the stand on August 21 2018. Sunday Times journalist Qaanitah Hunter explains who he is and why his testimony is important.

National Treasury’s acting chief procurement officer Willie Mathebula says more than half of the awarded government contracts challenged in the ...
News
3 years ago
Next Article