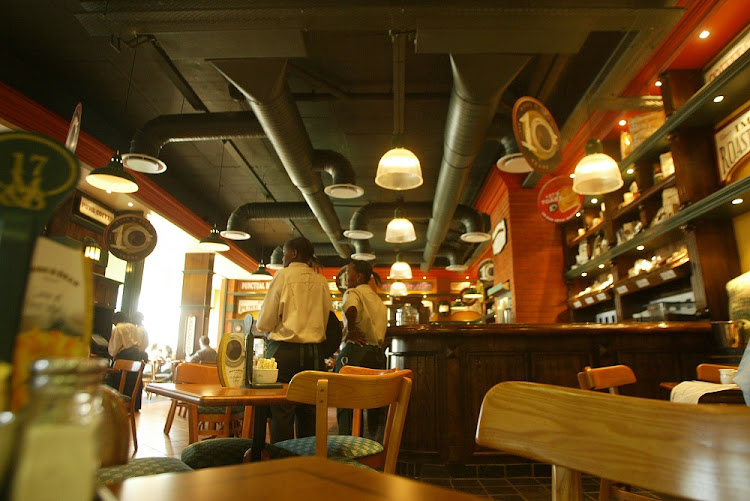 File image of the interior of a Mugg & Bean restaurant.
Image: Sydney Seshibedi

Mugg & Bean has reemployed a member of staff who claimed that he lost his job because customers did not want to be served by a black manager.

Andile Bozo ignited a fierce debate on social media when he attributed his retrenchment to racism‚ alleging that the franchisee at the Somerset West Waterstone Village mall told him that customers wanted a white manager.

Mugg & Bean said it was unfortunate that the retrenchment – due to weak trading conditions in a challenging economy – had been perceived as racist and had turned into a public furore.

Mugg & Bean operations executive Jeanne Geldenhuys said on Thursday that the matter had been resolved and Bozo would be reemployed in the group.

“Management would like to confirm that Andile will be taking on new employment within Mugg & Bean and we look forward to him remaining a member of the broader team‚” she said.

The franchisee‚ Leon Mouton‚ and Bozo met and resolved the matter through a full and final settlement.

EFF demands sacked Mugg & Bean manager be given his job back

Mugg & Bean manager was allegedly dismissed because customers did not want to be served by a black manager.
News
3 years ago

“This has been a very difficult and emotional process. It would have been much easier on everyone if we had resolved this situation earlier. I appreciate the public support received‚ but I’m sorry that the tone became aggressive and divisive. I am happy that we have now finalized the matter and I am satisfied with the outcome‚” Bozo said in a statement.

Mouton said it was unfortunate that the incident was described as racist.

“Making the difficult operational decision to retrench an employee is hard enough‚ but it is heart-breaking when that decision is interpreted as racist. I truly regret that this situation was potentially damaging to the brand and affected so many people‚” he said.

Geldenhuys said the restaurant regretted that the incident had played out in public when it should have been resolved faster and within the business. It is unclear which role Bozo will be taking up in the group.