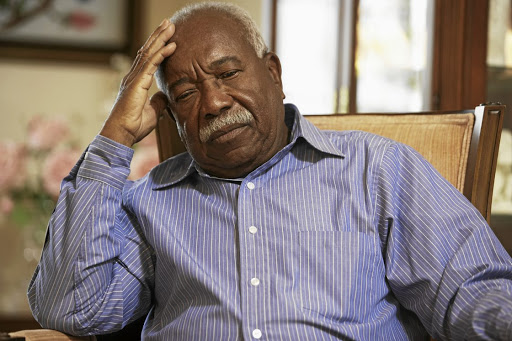 Being without an income or medical cover can be a retiree's worst fear.
Image: 123RF

Make plans well before you retire so that you are not left high and dry without an income or medical scheme benefits.

A break in membership following a delay in processing his pension recently cost one retired cleaner who worked for the South African Police Service his life.

Mr A* recently died of complications from a chronic illness that could have been managed better if his membership of the Government Employees Medical Scheme (Gems) had not been terminated after he went on retirement, according to his wife.

Angela Drescher, a health care consumer rights activist who assisted Mr A to get his membership reinstated, says he took ill-health retirement at the end of March last year after being ill for more than a year. He had 24 years' service.

Before he left the police force, he completed a form to ensure the government would continue to pay his medical scheme subsidy for his membership of Gems and was under the impression that his cover for himself and his wife and children, including one with Down Syndrome, would continue, Drescher says.

The time it takes to get a payout by a retirement fund or for a claim to be processed is a major problem.
Business
3 years ago

His pension from the Government Employees Pension Fund was still being finalised when he was admitted to hospital with renal failure in April last year.

After more than a month in hospital that was authorised by the scheme and during which time he incurred medical costs of R277 000, Mr A went to a Gems walk-in centre at the end of June last year. He was told that his contributions were R9 300 in arrears and that if he could not pay he should cancel his membership as at the end of March and would then be liable for the hospital bills, Drescher says.

He was told he could reinstate his medical scheme membership once his pension and subsidy benefits had been finalised, but possibly with waiting periods, she says.

Retirement funds apply to the South African Revenue Service for a tax directive before any lump sum benefits can be paid and this application, as well as any problems, can delay the payment of retirement benefits.

Retirement fund administrator 10X says retirement funds typically take between four and 12 weeks to process a retirement fund payout while it has managed to pay out in three weeks. Your salary will stop when you retire and until your fund pays out and you can get a pension, you will need to pay your medical scheme contributions.

Members of the restricted scheme for police officers, Polmed, receive an annual subsidy that assists them to keep up their contributions while their retirement fund benefits and scheme subsidies are finalised.

Appalled by the discrimination against Mr A, Drescher approached Gems and the scheme helped speed up his subsidy application, reinstated his membership and settled the hospital bill.

The scheme has agreed to assist members to keep their membership when they go on retirement by ensuring that they receive the subsidy for their contributions on retirement or ill-health retirement so they are not faced with paying the full contribution while their pension documents are being administered.

The scheme has engaged the Government Pension Administration Agency to ensure members going on retirement or early retirement who are entitled to a subsidy provide the necessary application form to expedite their subsidy approval, Hassen Bux, the acting general manager for Gems contributions and debt at Medscheme, says.

Bux says the pension agency and the scheme have also agreed to identify members who are going on retirement six months before they leave to encourage them to get their paperwork in order to ensure that they do not face a period without income and without medical scheme cover.

He says at the end of June more than 9 500 members had retired without completing the subsidy paperwork.