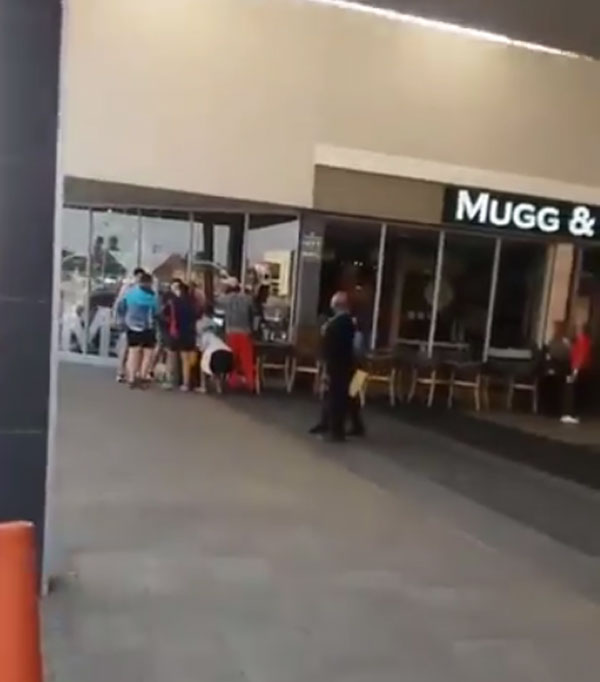 Police have dismissed speculation that the man who was recently attacked near a Mugg & Bean store at Tambotie Mall in Randfontein is dead.

The man‚ whose name cannot be revealed for safety concerns‚ was brutally assaulted white men on Saturday‚ November 4.

The incident was recorded by bystanders and the video footage has gone viral on social media platforms.

Randfontein police spokeswoman Captain Appel Ernst said the victim is alive and was discharged from hospital this week.

“The man is at home. There is no truth to rumours that he has passed away in hospital‚” said Ernst when she was contacted to comment of rumours that the victim has succumbed to his wounds.

The motive for the attack is not yet known. Two men‚ aged 20 and 25‚ were arrested on the day of the attack. They were released the next day.

The men were due to appear in court for assault but the prosecutor was not ready.

“The case was not placed on the court roll. There is no court date. The prosecutor decided that they need more evidence. Further investigation is being conducted‚” Ernst said.

She said the prosecutor needed statements‚ the footage and medical records linked to the case.

The man was with his wife when he was assaulted‚ according to Rand West City Local Municipality mayor Mzi Khumalo‚ who condemned the attack.

“The callous attack has already been proven to be racially divisive in local communities. No citizen should be ever be subjected to such violence and aggression‚” said Khumalo in a statement issued on Friday.

The mayor’s office also said the man is still alive.

“We need to reiterate that the disinformation that the man has passed on needs to be vehemently discouraged‚” said the statement.