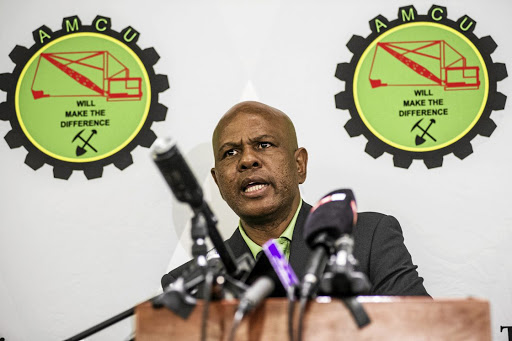 The president of the Association of Mineworkers and Construction Union, Joseph Mathunjwa, has described as little the R100-million government offer for general damages made to the families of slain Marikana mineworkers.

Mathunjwa, who was speaking at the Marikana memorial lecture in Sandton, Johannesburg, on yesterday said the settlement was nothing compared to the R1.7-billion the government paid for the Bisho Massacre, which took place on September 7 1992 when the Ciskei government police gunned down 28 protesters.

Last month, the government tabled a R100-million settlement to the families of the slain Marikana mineworkers for general damages.

"It (settlement) is too little. There is a vast gap between the R100-million and the R1.7-billion the government for the Bisho Massacre. The mines are closing down. How will those families survive? Mathunjwa told Sowetan ahead of the commemoration of the Marikana massacre today.

ISS has found that police officers involved in the bloody Marikana massacre six years ago were not under threat by the striking miners.
News
3 years ago

The memorial lecture was attended mostly by Marikana survivors and widows.

In a thinly veiled attack on President Cyril Ramaphosa, EFF chairperson Dali Mpofu, one of the lawyers representing the families and victims of the Marikana massacre, said some of the perpetrators of the massacre were occupying the highest office in the land.

"There is no justice. Yet we have not seen anything being done. Instead some of the perpetrators have actually been rewarded with high office."

Mpofu slated the government for giving false hope to the families.

"Every time they would come out and issue public statements whenever they felt it was convenient for them to say 'This is going to happen. We are now going to give you money...'"

Hlope said August 16 should be declared a public holiday. "The 1960 Sharpeville Massacre and the Soweto riots of 1976 have been declared holidays. Why not Marikana? I fail to understand the difference between Sharpeville, Soweto riots and Marikana."