Raped by five men in one day 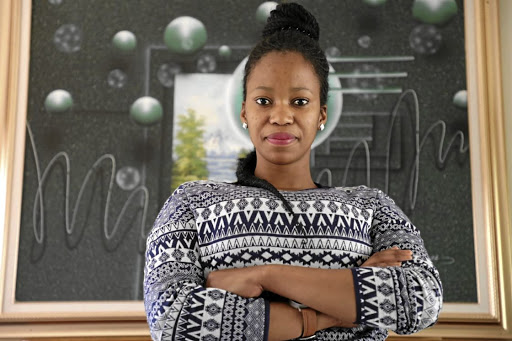 While South Africans celebrate the victory of the women of 1956 who successfully defied the carrying of passes during apartheid, today's generation is battling gender-based violence.

Sowetan spoke to two students from Tshwane North TVET College in Hammanskraal, north of Pretoria, who are survivors of gender-based violence.

The two said they did not allow their circumstances to define their lives and are working to succeed.

Maria Qamata, 24, who is doing level 3 of safety in society, lost her mom when she was only 11 years old and she and her brother were placed at a foster home in Cape Town.

"While I was there I met a loving boy who promised me the world, I was 15 and he was 18. At 17, I moved in with him but things changed when I fell pregnant," she said.

EFF leader Julius Malema has described the man who allegedly raped Rhodes University student Khensani Maseko as a “murderer” who must take full ...
News
3 years ago

Qamata said her boyfriend sent her to live with his family in Hammanskraal.

"He turned me into his punching bag every time he came home to visit," she said.

"I decided to leave while I was still alive. It was difficult since I had nowhere else to go, but I loved myself more."

Fortunately, her former teacher took her in and helped her apply for National Student Financial Aid Scheme to study further.

"I want to complete my studies so that I can be able to stay with my child and also help my brother. I also do motivational talk sessions to help other women who are in similar situations," she said.

Another survivor, Bontle Nthudisane, 31, is a former drug addict who was raped four times within two years.

"I grew up being teased a lot about my weight. A friend introduced me to nyaope, saying it would help me lose weight.

Nthudisane, who is doing N3 in electrical engineering, said someone picked her and rushed her to the hospital where she spent four months in a coma.

She turned her life around, went back to school and is now a youth motivational speaker.