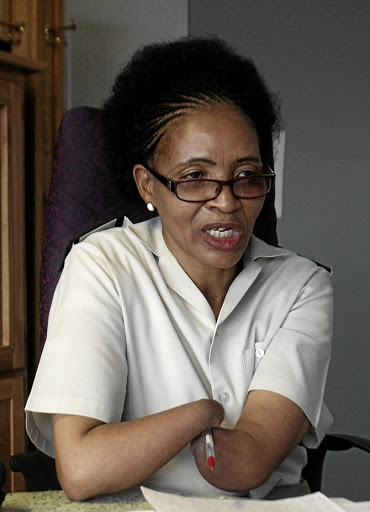 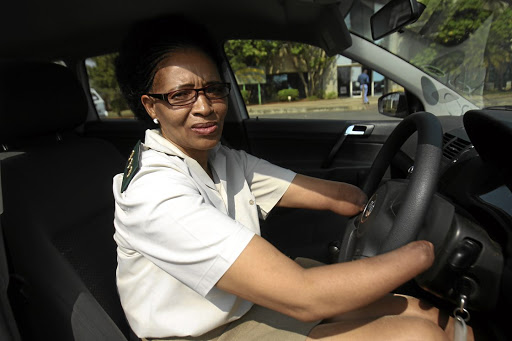 Despite having her dream of becoming a medical doctor not being realised, Annacletta Hantsi was never deterred from aspiring for a better life.

Hantsi, 50, who was born without hands, is a security manager at Odi community correctional services in Mabopane, north of Pretoria, where she supervises 40 officers.

Despite odds stacked against her, she worked hard to achieve greatness.

After completing her matric with a distinction at Tsekong Secondary School in Mount Fletcher in Eastern Cape, Hantsi applied to study medicine at the Sefako Makgatho University in GaRankuwa, Gauteng, in 1990.

However, her dreams appeared shattered in the first week at the university when she was told there were certain things she could not do as a doctor because of her condition.

"The treatment I received still hurts me to this day. I feel like I was never given an opportunity to prove myself," Hantsi said.

But the mother of two sons never gave up to aspire for a better life.

She went on to study for a BSc degree in psychology which she completed in 1996 at the same university.

Growing up in a family of eight children in a village in Eastern Cape, Hantsi said her disability was not a death sentence.

She said she struggled to find work until she joined the Department of Justice and Correctional Services in 1999.

"My family prepared me for life's challenges because they never gave me a special treatment. I did not attend special schools, and was expected to do everything that other children did, including playing netball," she told Sowetan.

"Those things prepared me for difficult situations in life. I can drive a car, use a computer, cook, iron, clean and do gardening. I can do everything that other people do," she said.

Hantsi rose through the ranks in the department until she was appointed as a security manager in 2015. Her responsibilities include supervising correctional officers who monitor parolees.

She said some of the biggest challenges the department faced was to monitor offenders addicted to nyaope.

"It is difficult for addicts to comply with the rules. We are often forced to take them back to jail to complete their sentence."

"How your child deals with challenges in life starts at home. I encourage parents not to hide their children and to take them to school where they will be empowered."

Hantsi said she would like to see herself working on the disability desk in parliament.

"I would like to be among the people who make decisions for the disabled people because I know the challenges they face. A young woman should never have to go through the pain of being barred from being a doctor because they do not have hands," Hantsi said.