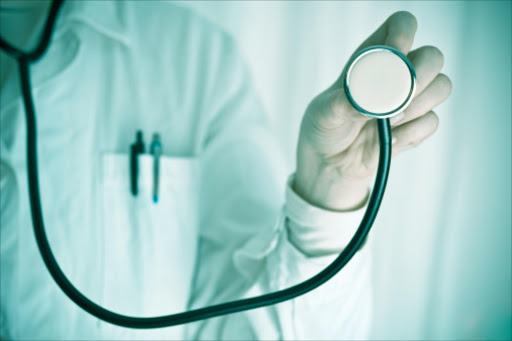 Public Service and Administration Minister Ayanda Dlodlo has condemned threats of violence against a hospital doctor.

Dlodlo was reacting to a viral video posted Dr Masego Setlhodi‚ of Leratong Hospital in Krugersdorp‚ Gauteng. It shows two mean threatening her and telling her to shut up because she is a woman.

In the video‚ Setlhodi is seen tending to a patient while the men argue with her. One of the men is said to be the father of a boy who was at the hospital with a head injury.

Setlhodi has since said she feared for her life and was scared the men may come back and harm her.

I’ve thought long and very hard about posting this video and the repercussions that might follow but I’m done suffering...

Dlodlo’s spokesman‚ Mava Scott‚ said perpetrators of the threats should face the full might of the law.

“[Dlodlo] is deeply disturbed by‚ and strongly condemns‚ the abuse and threats of physical violence that were directed at a public servant working as a medical doctor‚ as seen in a video recently posted on social media‚” Scott said in a statement.

He said communities should reject gender-based violence‚ and urged mutual respect between public servants and communities.

“The grotesque nature of these threats is extremely concerning‚ especially during Women’s Month. This the type of abuse that women have to contend with on a daily basis and we must condemn it collectively as a nation‚” he said.

Setlhodi said she tried to talk to the father after the results of a scan were delayed. “I was told to shut up because I’m a woman. He doesn’t speak to women.”

She told him to stop being aggressive in front of her patients. “[I’m] sworn at profusely not [by] one man‚ but three men. I’m not only verbally abused‚ but threatened to be dealt with and be shot. And raped‚ [judging] by the gestures indicated by the other man‚” Setlhodi said.

She said on Facebook that she thought “long and very hard” about posting the video. “I’m done suffering in silence about such behaviours towards us as health professionals.”

Setlhodi said she had previously been verbally abused by men while on duty and “this is the last time I keep quiet about it”.