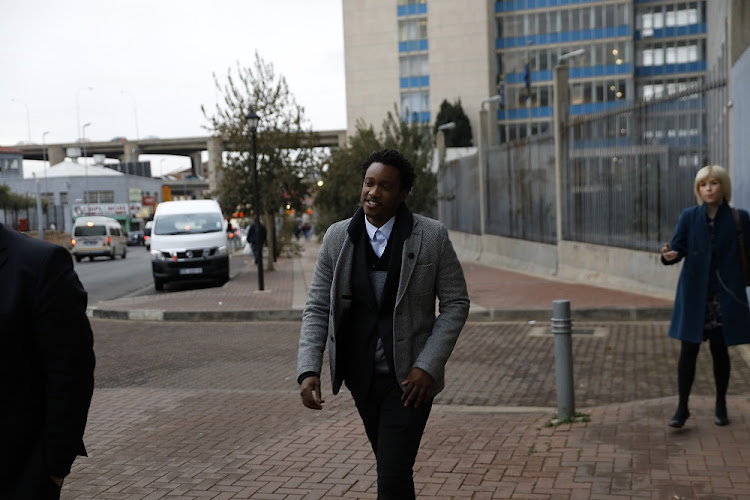 The inquiry by Parliament’s portfolio committee on public enterprises into Eskom will not subpoena Duduzane Zuma to testify.

“The committee has done its work. We are not going to subpoena him‚” chairperson Zukiswa Rantho said on Monday.

She added that it was Parliament and not the portfolio committee on public enterprises that had previously subpoenaed Zuma and that it was up to Parliament if they wanted to subpoena him again.

National Assembly Speaker Baleka Mbete advised the committee that if individual committee members wanted to take further action‚ they could do so by opening a case at a police station.

Duduzane Zuma arrived back in South Africa to attend the weekend funeral of his younger brother‚ Vusi. He was briefly detained at OR Tambo International Airport when he arrived and questioned.

Zuma‚ son of former president Jacob Zuma‚ was released on R100 000 bail on Monday after being charged with alleged “state capture” corruption for “offering an unauthorised gratification to a public figure”.

The state alleges that he acted “in common purpose” with an attempt by Ajay Gupta to bribe former deputy finance minister Mcebisi Jonas in October 2015‚ as part of the Gupta family’s alleged efforts to capture and control the National Treasury.

Prosecutors asked that the case against Duduzane be postponed to January 2019 so that other individuals implicated in the matter could also be charged.

The prosecution hinted that Duduzane may also face additional charges. His bail application took less than 15 minutes‚ after the state and his lawyer agreed on conditions for his release‚ including that he hand over all of his passports. Zuma must also report at the Rosebank Police Station once a week in Johannesburg.

He will have to get permission to leave the country.

Duduzane Zuma is due to appear in the Randburg Magistrate’s Court on Thursday to face two charges of culpable homicide linked to a 2014 car crash.

Businessman and son of a former president Duduzane Zuma arrived at the Johannesburg Central police station early on Monday morning‚ ahead of an ...
News
3 years ago
Next Article