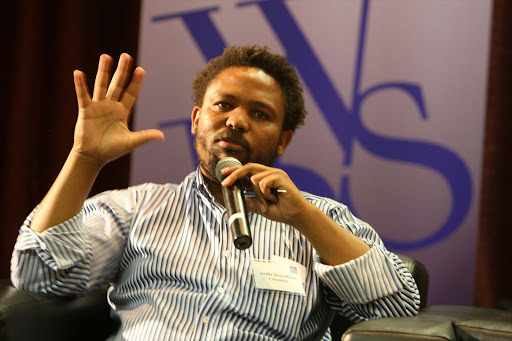 Black First Land First leader Andile Mngxitama has defended the Ingonyama Trust and Zulu tribal land – insisting that calls to dissolve the body were born of jealousy and hatred for the Zulu people.

Mngxitama was speaking at a press conference on Friday‚ called by a conglomerate of civic organisations‚ business forums and religious bodies under the banner of “Radical Economic Transformation Defenders” who are pro Jacob Zuma.

The organisation has now rallied behind the Zulu monarch‚ King Goodwill Zwelithini‚ who issued a call to protect the autocracy of the trust and the tribal authority.

Mangosuthu Buthelezi warned that scrapping the Ingonyama Trust would be the first stage of disempowering the authority of traditional leaders.
News
3 years ago

Mngxitama used the platform to lash out at EFF leader Julius Malema‚ saying that he harboured a deep-seated jealousy of Zwelithini.

“The ANC and Malema are driven by envy. They are jealous of the king. They look at the king and the respect that he has and they want that. That is why they want to take the land away‚” he said.

“Malema wants to be king of South Africa and that is why he says they want to take land and give it to the state…this is about hating Zulu people‚” he added.

Mngxitama said that Malema‚ as well as the ANC in power‚ misunderstood expropriation of land without compensation.

“Land expropriation seeks to address the issue of black people‚ who are landless‚ not dispossess them all over again‚” he said.

Zwelithini has called on all his subjects to amass in Ulundi on July 4‚ when he will address the “attack” on the trust and his authority.

Nkosentsha Shezi‚ of controversial funeral parlour body Nafupa SA‚ said their support of Zwelithini and the tribal authority was unequivocal.

“Our uniting principle is to fight for radical economic transformation and to wrest control of the economy of white monopoly capital. This economy still belongs to those who also dispossessed our land‚” he said.

He said that they would be gallant in their fight to protect the tribal land and the Ingonyama Trust‚ and that their efforts would be guided by the monarch.

This comes as public hearings into land expropriation begin across the country. Malema could not immediately be reached to respond to Mngxitama's claims.