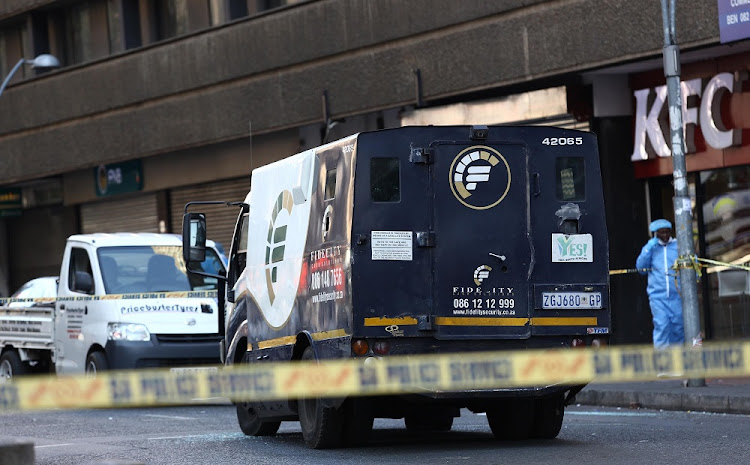 A Fidelity truck was targeted in the latest cash-in-transit robbery in Hillbrow, Johannesburg on June 21 2018.
Image: MASI LOSI

A bystander was reportedly injured during a cash-in-transit heist in Hillbrow on Thursday afternoon.

According to Emerg-G-Med paramedics‚ the civilian and a security guard were injured in the attack.

The guard was reported to be in a critical condition.

Pictures posted on social media suggested that it was a Fidelity truck that was targeted.

It was not immediately clear whether any cash had been taken.

Police were not immediately available to comment‚ saying a statement would be released later on Thursday afternoon.