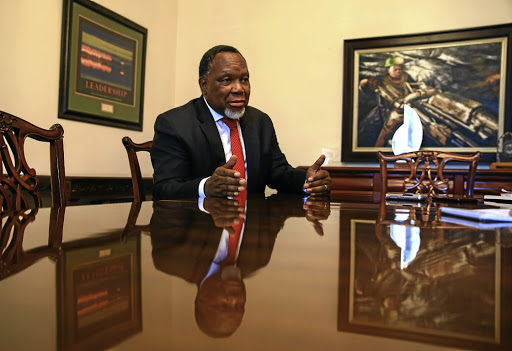 Former president Kgalema Motlanthe says there is a real danger that populists could run the country.
Image: Simphiwe Nkwali

Former president Kgalema Motlanthe has warned voters that they should properly analyse the words of populist politicians as there was a risk that such people could end up governing South Africa.

Motlanthe said if people just go by the colours, songs and slogans of political parties "the reality exists that populists might end up winning their support and becoming the governing organisation".

"The problem with populism is that it has no regard for facts," said Motlanthe.

He was speaking in an interview during his foundation's inclusive growth conference in the Drakensberg at the weekend. The gathering attracted a large number of thought leaders, academics, business people and civil society leaders, and was opened by President Cyril Ramaphosa on Friday.

Motlanthe said populism was part and parcel of the political spectrum.

Let us not misread Motlanthe

It is unfortunate that former president Kgalema Motlanthe chose to use "village tinpot dictators" in reference to some traditional leaders during the ...
Opinion
3 years ago

Asked about the stoking of racial divisions, Motlanthe said people should pursue working towards the unity of South Africans in their diversity, as enjoined by the constitution.

"If someone expresses a backward view, I don't think it should be elevated to become a national crisis," he said.

"I think the responsibility of those who have public platforms and leadership positions is to harp on the message that reinforces the prescripts of the constitution rather than to allow themselves to slide into the inevitable position of having to establish thought police."

Speaking at the conference, Ramaphosa's special investment envoy, Mcebisi Jonas, warned about the rise of "anti-democratic populism" due to increasing social discontent.

"With economic stagnation, growing inequality and unemployment, social discontent has increased, not only among the unemployed but also among the working and middle classes who saw living standards decline," Jonas said.

Following a decade of low growth, a hollowed out, inefficient and fiscally starved state has been unable to diffuse the growing resentment against elites and technocrats, he said.

"... rising youth unemployment and social discontent has fed the growth of populism, both within and outside the ANC, together with a developing narrative that constitutional provisions, a free media and independent judiciary were constraints to transformation".

Speaking on the effects of state capture, he said indigenisation was used to extend patronage networks and undermine constitutionally provided checks and balances.

"Fortunately, our institutions of democratic accountability proved resilient, supported by a core network both within the alliance and civil society. But high levels of social discontent remain, as do the objective conditions fuelling these growing populist sentiments, which could still be manipulated by those with everything to lose as the abusive patronage networks get dissembled," Jonas said.

He also warned that both left and right wing populism defined enemies rather than political adversaries, who can be "vilified and dehumanised" as populists see any opposition as illegitimate and claim that only they "speak for the people".