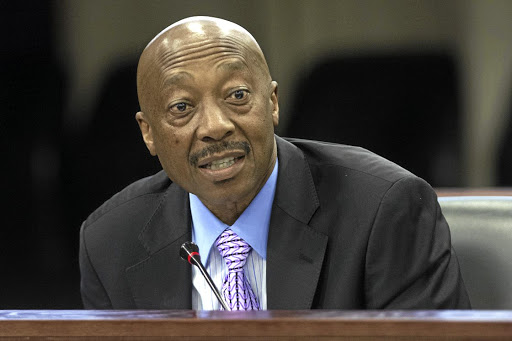 A young woman is emotional after she was allegedly beaten by suspended revenue agency boss Tom Moyane‚ according to her mother.

Speaking on Radio 702 on Monday‚ Cynthia Masina said: "She is still emotional. I told her to go to counselling."

She alleged that Moyane had repeatedly been emotionally abusive towards her daughter‚ who reportedly has a child with Moyane's son.

She said she could not contact Moyane or his wife Thandi‚ as they had both blocked her on WhatsApp.

"He [Moyane] blocked me. I don't have access to talk to him or his wife. They have blocked me on WhatsApp. I went to [Thandi's] house and knelt down and asked her why she is doing this."

The Sunday Times reported Moyane allegedly kicked the 17-year-old in the face "like a Ninja" and "rugby-tackled" her during an argument at a home in Weltevreden Park‚ Johannesburg. The house is owned by Moyane and his wife.

He allegedly screamed at the woman‚ accused her of witchcraft and blamed her for destroying his "empire".

A medical report by a doctor at Helen Joseph Hospital dated May 15 showed she suffered a bruised jaw‚ a cut to the inside of a cheek and a bruised abdomen‚ according to the newspaper.

The police said Moyane could face prosecution for assault. Moyane did not respond to Sunday Times queries.