Steel barrier slices through teen's car - but he somehow survives 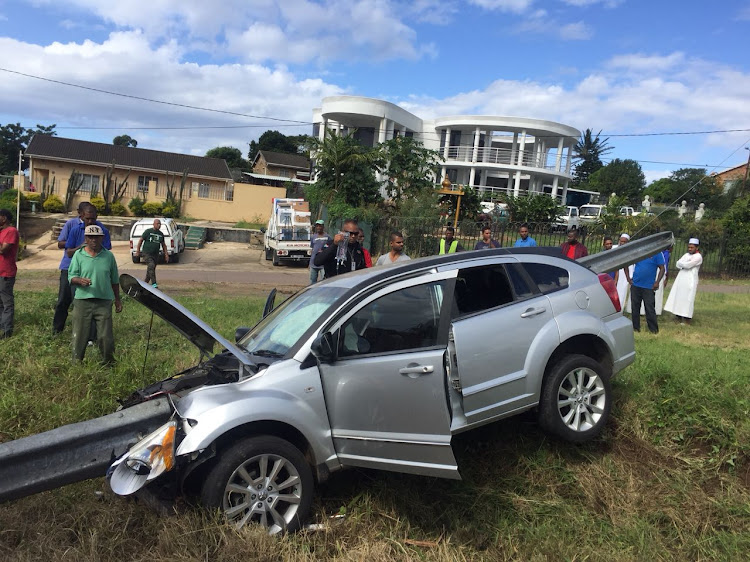 A teenage driver is lucky to be alive after a crash which saw a steel barrier slice through his car – and the driver’s seat – in Durban on Friday.

He said that medics had rushed to a report of a crash on Inanda Road in Dawncrest and arrived to find a car had crashed into a roadside barrier.

“The barrier pinned the driver to the seat. Paramedics stabilized the entrapped driver and called the eThekweni Fire Department‚ with fire-fighters using the Jaws of Life and an angle grinder to free him‚” Balram said.

He was then transported to hospital in a stable condition.