Bushiri will cooperate with Hawks 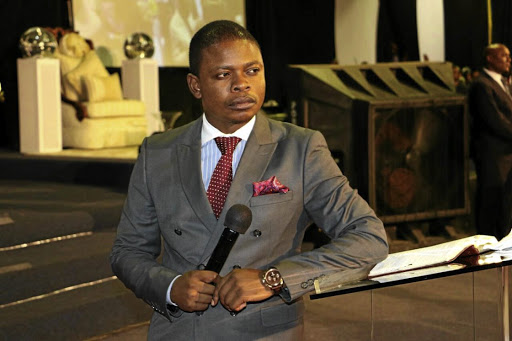 Prophet Shepherd Bushiri says he has only learned indirectly about an apparent investigation into his affairs by the Hawks, but he is willing to show police his financial records.

In an official statement sent from his office, Bushiri, the founder and leader of the Enlightened Christian Gathering in Pretoria, said he only learned from media reports that the Hawks are investigating him over allegations of laundering about R15-million monthly to Malawi.

"Ordinarily, we refrain from issuing rebuttals, but it has become important to set the record straight, since in this case, silence may no longer be golden.

"While there hasn't been any official communication from the Hawks or other related government agencies to this effect, Bushiri largely welcomed the inquest, to put to rest the wild allegations that have been making the rounds, often promoted by some faceless group who are bent on dragging the name of the church and the man of God in the mud," the church said in an official statement.

Testifiers claim they were paid to lie about healing.
News
4 years ago

Last weekend Sunday World reported that the Hawks were investigating the charismatic preacher, after members of the church leadership claimed he was sending an estimated R15-million a month to Malawi, his country of birth. The money is allegedly transported in Bushiri's private jet and other vehicles.

Hawks spokesman Hangwani Mulaudzi was quoted as confirming they have launched a money-laundering probe into the prophet, known as the "Major One", but did not confirm the amounts.

Mulaudzi told the newspaper that the investigation was still in its "infancy stage".

The church rejected the report as "a figment of the imagination of the authors".

"We are not ignorant of the clandestine moves by some groups and individuals but we take solace in the established fact, which says that, no matter how far falsehood travels, it would eventually be overtaken by truth," the church said.

"We are committed to working with any government agency who so wish to look at our books."