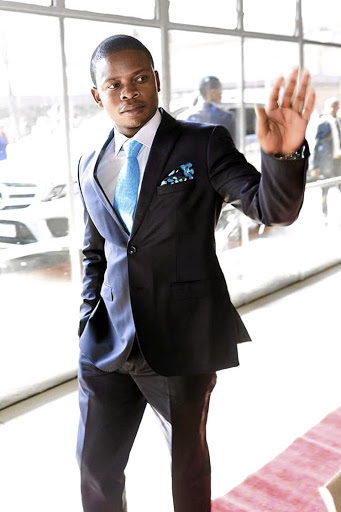 The police's elite crime-fighting unit, the Hawks, is investigating charismatic prophet Shepherd Bushiri for money laundering after members of the church leadership claimed he was sending an estimated R15-million a month to Malawi, his country of birth.

The money is allegedly transported out of South Africa in Bushiri's private jet and other vehicles.

Hawks spokesman Hangwani Mulaudzi confirmed they have launched a money laundering probe into the Major One, as Bushiri calls himself, but did not confirm the amounts.

"The matter has been brought to our attention. However, it is still in its infancy stage. It is against our policy to divulge information on any of our investigations," said Mulaudzi.

Bushiri, who runs the charismatic Enlightened Christian Gathering church that has several branches in the country and in other southern African countries, could not be reached for comment yesterday.

Prophet Shepherd Bushiri has clarified that he is not responsible for the hefty fee being charged to attend a conference.
News
4 years ago

His lawyer Bright Rikhotso said he could not comment as he was not aware of the probe.

A Hawks official told Sunday World that Bushiri became a person of interest after witnesses in the church leadership came forward with information.

"Our investigation also found that when the money arrives in Malawi, it is not taken to any bank there. It gets cleaned illegally into different businesses."

The official said some of the witnesses were allegedly intimidated by Bushiri and his staff when they wanted their agreed payments for giving false testimonies during church services.

"According to the witnesses, everything that happens in the church is planned. People are bought to testify, they are bought to act sick and crippled and later give testimony that they were healed by prophet Bushiri," he said.

The official said the whistle was blown when these fake-testimony workers started seeing the money that the church was making out of their testimonies and wanted their fair share.

"It is different people every Sunday. The other witness said she demanded R100000 for testifying about Bushiri's prayer that helped her get out of ITC blacklisting.

"We all know that it is impossible, but gullible and desperate people believe these things," he said.

Preachers are hosting a conference for people who want to make money and learn how to sustain their wealth‚ but this service is not for free.
News
4 years ago

The official said that about 15000 people paid for the ITC prayer, according to the witness, and the church made about R4-million on that prayer alone.

The Hawks official said: "How the money goes through the borders without being reported also is being investigated. This man is taking money from the poor. Many witnesses who came forward told us that some even sell their belongings to get money to pay for miracles."

According to another source in the church, Bushiri's five brothers have now opened other branches in Cape Town.

"They also claim to be prophets and they are making money that also gets transported to Malawi," said the source.

One of the branches of the church draws up to 40000 congregants to its premises at the Pretoria showgrounds.

Prophet Shepherd Bushiri stopped #FakePastorsMustFall organisers from using his name and images during today's march.
News
4 years ago
Next Article