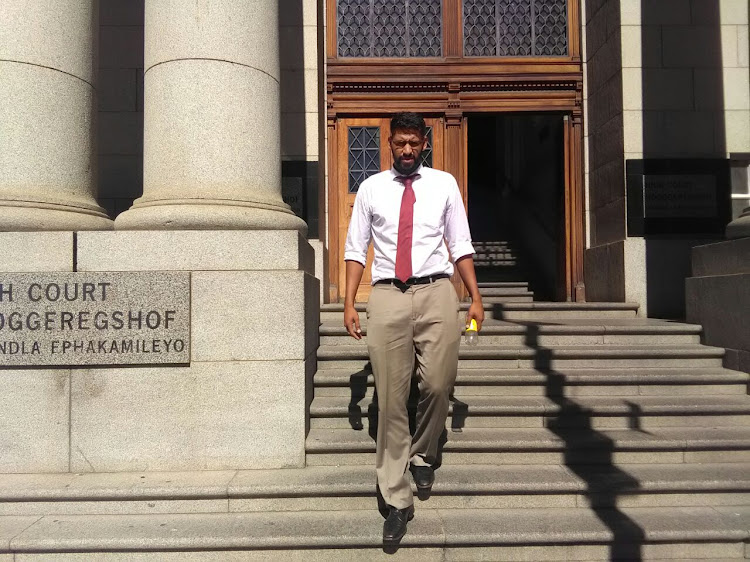 Manuel was one of the attendees of a New Years Eve rave on a farm near Paarl in 2013‚ where he and his brother Kyle set up a tent next to Phillips and Chauhan.

Testifying during the murder trial in the Cape Town High Court on Thursday‚ Manuel explained how he helped paramedics carry a convulsing and gasping Chauhan from her tent to an ambulance some time after midnight.

About an hour earlier‚ just after the midnight count down‚ Manuel went back to his tent from one of the event’s dance floors to change into fresh clothes‚ stating that he was “hot and sweaty” from the evening’s dancing.

When he got to his tent he could hear “moaning and groaning” coming from the couple’s tent next to his.

“When I got back to my tent I heard what sounded like people having sex in the tent next to mine. I know that it was Taariq and Sarisha’s tent‚” he said.

Phillips claims that he did not murder Chauhan’s but that the couple took drugs such as MDMA and acid and that they had intense sex during which he accidentally strangled her. But he claims that she died of a drug overdose.

The couple were both 21 at the time.

Manuel said that the sounds went on for about ten minutes from when he was in his tent until he left to go back to the dance floor.

"They are going to jail," said former finance minister Trevor Manuel when reacting to President Cyril Ramaphosa's State of the Nation Address on ...
News
3 years ago

About an hour later he received a phone call to go back to his tent.

Now a primary school maths teacher at a public school in Lentegeur‚ Manuel said that he studied sports science at the time where he learnt first aid level one.

“I ran immediately to the paramedics. I said we need an ambulance and paramedics at our tent. I said it about five or six times‚” said Manuel.

He said that when he got back to their camping spot there were already two paramedics attending to Chauhan in her tent. He said that she was convulsing and gasping for air. He said that the paramedics struggled to find a vain to insert a needle for an intravenous drip and that they eventually opted for a vein in her foot.

Earlier on Thursday‚ Chauhan’s mother Minakshi Deva testified‚ during cross examination by Phillip’s defence advocate Joey Moses‚ that she could not imagine anyone having died the way her daughter did.

“I was told my daughter was in ICU for a drug overdose. I was expecting my daughter to come home if it was just drugs. It was a nightmare that she had to suffer like that in her last hours‚” she said.

“Her insides being torn away... I wouldn’t want to imagine anyone going through that‚” said Deva.

Earlier in the week state pathologist Dr Deidre Abrahams testified that the cause of death was manual strangulation and that drugs may have played a contributing factor. She also testified of various other bruises and injuries including injuries indicating forceful sexual penetration.

Moses also read out testimonies by Chauhan’s friends that they all bought and consumed drugs‚ including MDMA and LSD‚ earlier that day but Deva said her daughter was not a drug user.

“I was shocked that drugs was part of the story because she didn’t take drugs‚” she said.

The case continues on 25 April.

The ANC leadership that ascended to power at the Polokwane conference had ridden roughshod on the party’s constitution.
News
4 years ago
Next Article