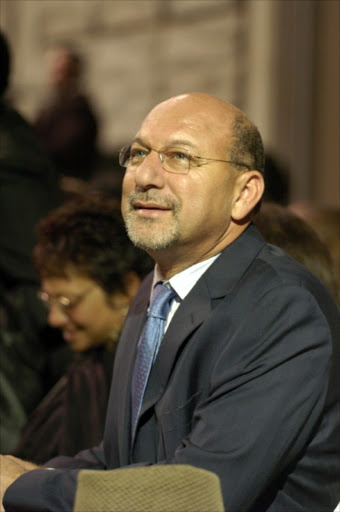 Several ministers are scared, and that is justified.

"They are going to jail," said former finance minister Trevor Manuel when reacting to President Cyril Ramaphosa's State of the Nation Address on Friday night.

He said the address restored hope to South Africans and reminded him of the presidential years of the late Nelson Mandela.

Already there are ministers who could face prosecution for corruption.

"We are not going to nurse people's feelings. State institutions should deal with them."

Police Minister Fikile Mbalula said the speech was action-oriented, and "very practical and focused on what needed to be done".

Ramaphosa emphasised that tough decisions had to be made to close the fiscal gap, stabilise the debt and restore state-owned enterprises to health.

Here are the highlights of the speech:

The government is going to convene a jobs summit within the next few months to look at what needs to be done to ensure the economy grows and becomes more productive, that companies invest on a greater scale, that workers are better equipped and economic infrastructure is expanded.

Next month, the government will launch the youth employment service initiative, which will place unemployed youth in paid internships in companies across the economy.

To organise an investment conference in the next three months, targeting both domestic and international investors, and to market the compelling investment opportunities to be found in the country.

This year the government will intensify engagements with all stakeholders on the Mining Charter to ensure that it is truly an effective instrument to sustainably transform the face of mining.

The government will honour its undertaking to set aside at least 30% of public procurement to SMMEs, cooperatives and township and rural enterprises.

This year the government will take decisive action to realise the enormous economic potential of agriculture.

To accelerate the land redistribution programme not only to redress a grave historical injustice but also to bring more producers into the agricultural sector and to make more land available for cultivation.

The community policing strategy will be implemented, with the aim of gaining the trust of communities and to secure their full involvement in the fight against crime.

The government wants to stabilise and revitalise state-owned enterprises.

The government will take further measures to ensure that all state-owned companies fulfil their economic and developmental mandates.

To urgently attend to the leadership issues at the National Prosecuting Authority to ensure that this critical institution is stabilised and able to perform its mandate unhindered.