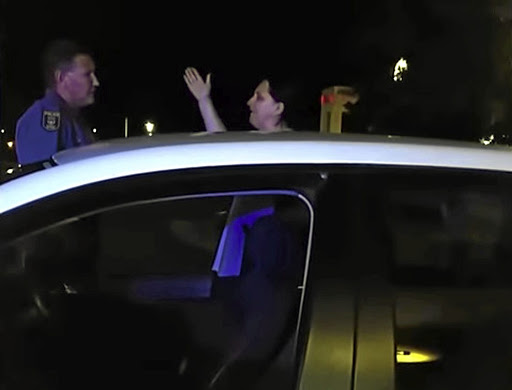 Vicki Momberg is to be sentenced tomorrow after being found guilty of racially abusing a police officer. /Felix Dlangamandla/Beeld

The police officer who was called the k-word by convicted racist Vicki Momberg has told of how he is still haunted by the racial slurs hurled at him.

Constable Clement Mkhondo, 30, who did not want to be photographed, spoke for the first time about the 2016 incident in which Momberg launched a racist tirade at him when he was trying to help her after she was the victim of a smash and grab attack in Johannesburg

Mkhondo, who was then with a police unit in Douglasdale, said the attack by the former real estate agent had affected his self-confidence.

He was speaking to Sowetan as Momberg's case of crimen injuria drew to a close in the Randburg Magistrate's Court on Friday. She is set to be sentenced tomorrow.

"This incident has had a bad impact in my life in a manner that affected my self-confidence, especially when I have to help or assist white people," he said.

"I often feel scared of being confronted with an unprovoked attack."

Momberg was found guilty of calling Mkhondo the k-word at least 48 times and using the same slurs at 10111 operators who tried to assist her.

Her vitriol was captured on a video that went viral, causing public outrage.

Mkhondo said he was still upset and confused at being called the k-word despite having acted professionally.

"It's shocking that in these days and times there are people who still act in that way," he said.

"I felt sorry for her when she carried on but then I became upset. I was boiling on the inside but had to remain calm because I was on duty. I needed to be professional and understand what was happening before I could react."

Mkhondo said his seniors moved him from the Douglasdale area after the incident to spare him further torment because people could recognise him from the video.

He said his family had found it difficult to accept what had happened to him.

"My family didn't take it well. It was a shock to them that I was degraded like while I was on duty, especially when they thought about how I was brought up, the respect I have for other people," he said.

He said as the eldest of five children, his siblings looked up to him and had never witnessed anyone disrespecting him the way Momberg had.

"Friends and colleagues were also supportive and provided me with guidance on how to get over this," he said.

The father of two said he had opted not to receive counselling because he believed the justice system would provide closure.

Mkhondo said: "Her being found guilty restored my faith in the justice system that issues like these are taken seriously and the law does not take sides; it's fair to all citizens."

He lamented the unfair abuse officers receive from the public and the lack of appreciation for the work they do.

"We get abused a lot as police. People don't appreciate us and it's clear from this incident. When Vicki stopped us and we offered her assistance things took a turn for the worst. But it's not to say that the public does not like us. There are people who appreciate what we do for them."