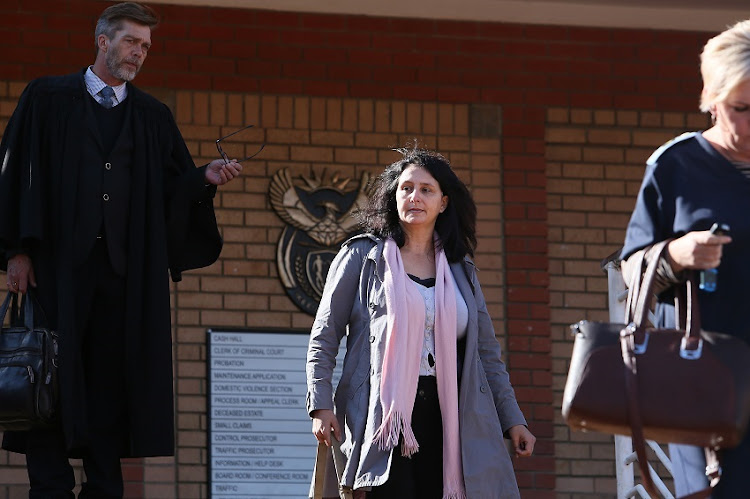 A probation officer who felt the wrath of convicted racist Vicki Momberg's vile tongue was expected to take to the stand in the Randburg Magistrate's Court on Friday and detail her encounter with Momberg.

Last week the court heard how the black probation officer recused herself form Momberg's case after allegedly suffering abuse from her during the consultations.

Daphney Naidoo‚ who is the head of the probation officers‚ told the court that the woman had to undergo counselling to deal with the trauma.

Ironically‚ it was Momberg's defence team that had approached the probation officers‚ seeking a pre-sentencing report which would hopefully result in Momberg getting a lenient sentence following her four convictions of crimen injuria.

But Naidoo last week documented how Momberg failed to show any remorse for her crimes‚ and instead humiliated the probation officer tasked with working her case.

Momberg's lawyer‚ Kevin Lawley‚ had decided to ditch the report‚ saying they no longer wished to present it to the court. But prosecutor Yusuf Baba said the state would use it and called Naidoo to the stand.

The probation officer tasked with assessing convicted racist Vicki Momberg had to go for counselling to deal with the abuse she endured.
News
4 years ago

Naidoo detailed how Momberg told the probation officer that she saw nothing offensive about the term k****r‚ simply dismissing it as a swear word.

Reading throughout the report‚ Naidoo said Momberg had told probation officers that "[the term] should not be taken personally unless that person feels or believes they are what they are being called”.

Momberg is awaiting sentencing after she went on a racist rant shortly after being a victim of a smash-and-grab in Johannesburg back in 2016. She loosely hurled the k-word 48 times at police officers and 10111 operators who had tried to assist following her ordeal.

Her tirade was caught on camera and the video soon went viral.

Naidoo told the court that Momberg had told the probation officer that black people should get over apartheid‚ asking what they had done to uplift themselves.

In her recommendation‚ Naidoo said long-term imprisonment would not be suitable for Momberg because that would not address the underlying issues Momberg had.

She suggested periodical imprisonment of no less than 100 hours and not more than 2‚000 hours.

Momberg‚ who was handed a guilty verdict last year‚ intends to appeal her conviction‚ adding that she however‚ had little faith in the country's justice system.

Estate agent Vicki Momberg will go to jail for her racist rant - if the state has its way.
News
4 years ago

The sentencing of estate agent Vicki Momberg has been postponed to March 9 in the Randburg Magistrate's Court.
News
4 years ago

How will Vicky Momberg be punished for her crude tongue?

Will Vicky Momberg get a slap on the wrist following her conviction for the mouthful of insults she hurled at black police officers and 10111 ...
News
4 years ago

Estate agent Vicky Momberg‚ who hurled racist abuse at police officers and 10111 operators‚ was on Friday found guilty.
News
4 years ago
Next Article