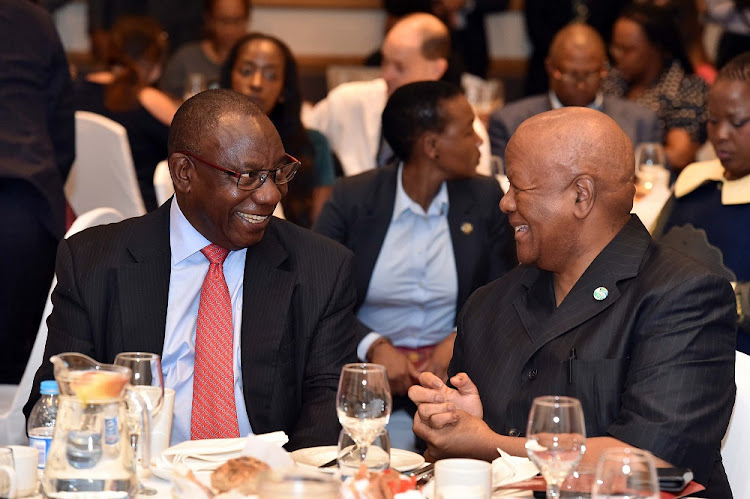 In a letter written to Radebe last week‚ environmental groups Earth Life Africa‚ groundWork and the Centre for Environmental Rights [CER]‚ urged him to agree to a meeting regarding South Africa's energy future.

The three groups are running the Life After Coal campaign which discourages investment in new coal-fired power stations and mines‚ and encourages the acceleration of the retirement of South Africa's coal infrastructure and swap-over to renewable energy sources.

The Department of Energy is now ready to publish the integrated resource plan approved by the Cabinet.
News
4 years ago

In the letter‚ the groups say that Radebe's ministry is of "critical importance" in determining future energy security for all South Africans‚ specifically in how the country meets its needs for clean‚ healthy and affordable energy for the poor.

"We look forward to a robust engagement with you‚" state the letter's authors.

The activist groups have also called for the public to be allowed to comment on the integrated resource plan (IRP)‚ the country's energy plan for the next 30 to 50 years‚ which outlines how South Africa will source its electricity.

"Given South Africa’s exceptionally high contribution to global greenhouse gas emissions‚ the potentially-catastrophic implications of climate change‚ and the country’s particular vulnerability to such impacts‚ we believe that urgent steps to ensure a rapid‚ but just transition away from coal and towards publicly-owned renewable energy are required‚ combined with serious efforts to improve energy efficiency‚" state the letter's authors.

They outline 11 points which they believe the IRP needs to urgently address to achieve a clean energy plan for South Africa.

These include a plan that:

• takes into account the international move away from fossil fuels and nuclear power;

• is based on the latest scientific information and international best practices;

• promotes human rights through access to clean energy; and

• does not constrain or limit renewable energy projections and investments.

The authors call for South Africa's energy plan to be in the best interests of all South Africans.

Bobby Peek‚ groundWork director‚ said what was clearly evident from scientists was that renewable energy was far cheaper than coal-fired power stations and easier to manage.

"We wrote to Radebe to say to him that what we need in South Africa is cheap and affordable energy‚ which is healthy and clean‚ in order to service our constitutional commitments in creating a safe environment for all."

He said they firmly believed that it was possible to get Eskom to move completely to renewable energy.

"We have highlighted our concerns with the IRP to Radebe and called for an urgent meeting with him. We believe that if you have decentralised‚ municipal-led renewable energy products‚ you will have enough energy supplies at a local level to reach all South Africans‚ which at this stage is not happening."

Peek said Kusile and the Medupi power station were initially set to each cost R30-billion to build‚ but were now sitting at around at least R180-billion each.

Solar panels and wind turbines have sprung up like wild flowers across South Africa and by 2030 will be clustered into renewable energy zones known ...
News
4 years ago

"If we shift to renewable energy‚ government can greatly reduce the amount of money it spends on energy." He said what needed to be recognised was that the end of coal‚ which was in sight‚ would be brutal and violent‚ with workers and communities set to be the biggest losers.

"It's definitely not going to be the likes of Glencore‚ Exxaro and the Guptas who will lose out. We as a country will be left with unemployment‚ a poisoned environment and unhealthy people.

"We are very aware that we have to talk to workers and unions to say how we are going to respond to the end of coal which is coming as it is no longer financially feasible. The need to adapt to the change from coal is coming. The minister needs to jump on this change and get ahead of the curve as the coal train is starting to derail."

Robin Hugo‚ CER's pollution and climate change programme head‚ said the IRP was meant to be updated every two years but‚ seven years down the line‚ South Africa's government was still using the original document‚ which was wholly outdated in terms of energy demands and costs and the country's international climate change and greenhouse gas commitments.

"As a country we are highly vulnerable to climate change. The scientific fact is that renewable energy is far cheaper than coal and the country's energy plan going forward has to be based on the least cost combined with technology.

"Research by international experts‚ which we have‚ shows that 2‚200 deaths a year in South Africa can be attributed to Eskom's coal-fired power stations. This research is based on global scientific best practices accepted by organisations such as the WHO."

She said South Africans rights to a clean‚ safe and healthy environment had to be protected.

"In the end there is simply no need for new coal or nuclear power in South Africa’s energy mix‚ and such sources‚ we argue‚ make the IRP unreasonable‚ irrational‚ and unconstitutional.

"Eskom’s own IRP modelling team compiled a '2017 IRP Scenarios Report'‚ which produced 5 scenarios‚ and does not recommend new coal or nuclear power as part of a least-cost electricity option."