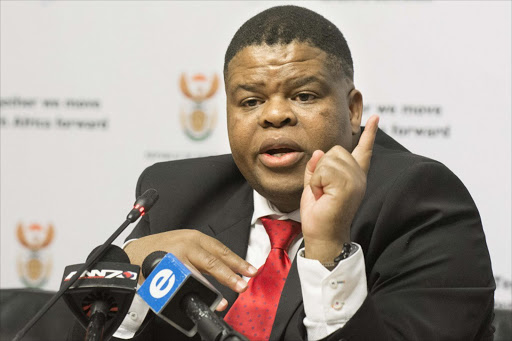 The South African Academy of Engineering (SAAE) has voiced “extreme concern” over recent developments in the electricity sector and stated that‚ in its opinion‚ it was not in the best interests of South Africa‚ especially the poor‚ for government to embark on a nuclear power procurement programme at this point.

The academy‚ whose members include nearly 200 eminent engineers and related professionals‚ has also urged Energy Minister David Mahlobo to postpone a major energy indaba to be held in Midrand from December 7 to 8.

Mahlobo said the indaba would provide a platform for public participation on contentious issues like the nuclear new build programme and he also signalled his intention to release government’s long-awaited integrated resource plan (IRP) before the end of the year.

But in a statement issued by academy president Trueman Goba‚ the SAAE said the indaba should be postponed to January 2018 to allow for proper planning‚ including the release of a draft IRP by the Department of Energy to allow meaningful participation by all relevant stakeholders.

Intervention to transform the petroleum retail sector is on the cards‚ Energy Minister David Mahlobo has indicated.
Business
4 years ago

“During the past six years there have been rapid and significant changes in the energy landscape with new technologies emerging and varying (falling) prices. Therefore‚ it is essential that the IRP should be regularly updated to ensure that South Africa’s power plan remains aligned with the most recent technological and pricing trends‚ while also taking account of the medium-term need to supply sufficient electricity and to replace the aging fleet of thermal power stations‚” the SAAE said.

The academy noted that earlier this year‚ a number of organisations - including SAAE and the government’s own scientific council‚ the CSIR - raised concerns about a number of aspects of the draft IRP document.

President Jacob Zuma had also appointed three different ministers of energy in a span of two years to head one of the most important ministries of government‚ while the minister of public enterprises had appointed four new chief executives at Eskom in one year.

The academy said a number of factors did not appear to have been considered‚ including the fact that there would be an oversupply of electricity until at least 2022.

This meant that any additional capacity installed during the next five years would “essentially be redundant”‚ with inevitable adverse economic impacts.

Eskom’s policy of purchasing low-quality coal from small miners at high prices and medium-quality coal from large‚ efficient miners at low prices was likely to have a major knock-on effect through under-investment in large mines‚ leading to a high risk of coal shortages by 2020.

The academy also noted that current prices of electricity from nuclear power stations were known to be higher than from many other sources.

“Therefore‚ the Executive Committee of the SAAE requests that‚ in the interest of South Africa‚ the Department of Energy should cease to run the current ad hoc processes but rather engage with relevant research groups and industry associations in a well-planned‚ facilitated and documented process to discuss and agree on the best available input parameters for the modelling of alternative scenarios for the IRP so as to ensure that there is consensus on the assumptions.

“This could be achieved by establishing a technical forum where the various research groups and industry associations meet to discuss these issues. A new IRP can only be adopted after proper consultation in an open and transparent process.”

The Department of Public Enterprises‚ as the controlling shareholder of Eskom‚ should also be tasked to resolve the leadership and governance issues at Eskom as a matter of urgency.

Earlier this week‚ an umbrella group of environmental justice and conservation organisations sent an open letter to Mahlobo‚ stating that the notice period for the indaba was unreasonably short and that hosting such an event at a single venue at a busy time of year violated the rights of affected parties to raise their concerns adequately.