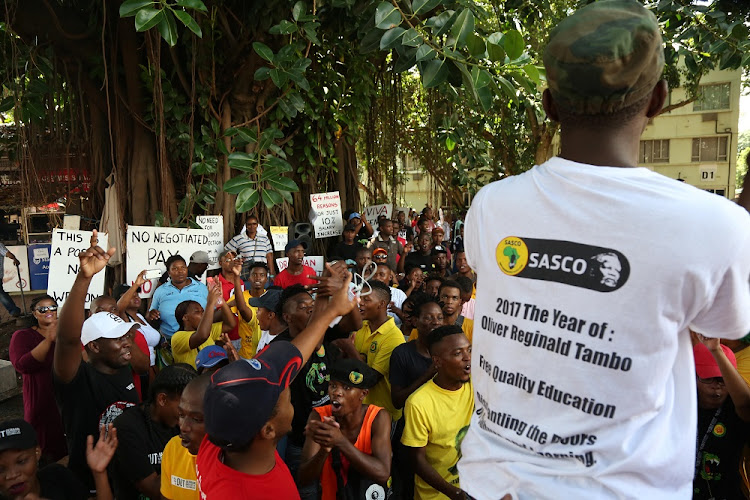 Deputy Minister of Higher Education and Training Buti Manamela is to intervene in a seven-week impasse between Durban University of Technology management and staff‚ which has resulted in the academic programme being suspended.

Manamela will meet with the affected parties at DUT on Tuesday after the institution implemented a lockout last week.

Three labour unions representing disgruntled staff turned to the Labour Court on Friday in a bid to get the institution’s decision to dock salaries of striking workers salaries overturned.

DUT spokesman Alan Khan said the principle of "no work‚ no pay" is still in place.

"The labour unions withdrew the matter."

This is the second time that the deputy minister has had to step in at the institution. Last month he facilitated talks between the parties after negotiations collapsed.

"Valuable tuition has already been lost‚ not to say anything of the adverse effects that strike action has on workers and their families. It is therefore in the best interest of all involved that the dispute is resolved without further delay‚" Manamela said.

The vice-chancellor of the troubled Durban University of Technology has warned that the institution “may have to kiss this year goodbye” if the ...
News
4 years ago

Last Thursday Crisis Committee spokesman Milton Estrice said staff‚ whose salaries had been slashed for February‚ had presented letters to creditors to inform them of the situation.

Addressing journalists on the same day‚ vice-chancellor Professor Thandwa Mthembu warned that the institution "may have to kiss this year goodbye" if the impasse over staff salaries is not resolved soon.

Mthembu said the university "simply does not have the money being required by the staff".

He said despite calls from students to resume lectures‚ the university had no "contingency plans because unfortunately the highly qualified academic staff that we have‚ who conduct the lectures‚ can’t be easily replaced by anybody you meet in the street".