EFF loses bid to have order prohibiting it from incitement rescinded 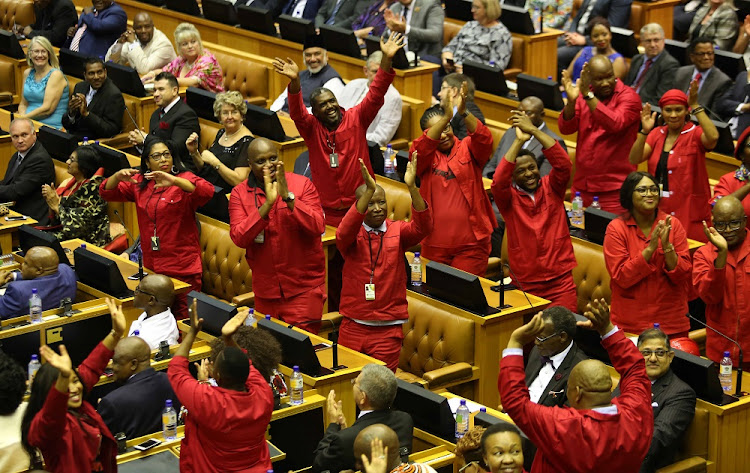 AfriBusiness and AfriForum successfully opposed a rescission application by the Economic Freedom Fighters (EFF) in the High Court in Pretoria on Friday.

This follows a court order obtained by AfriBusiness and AfriForum in March last year against the EFF and its leader‚ Julius Malema. The order prohibited them from inciting the public to occupy land illegally.

The EFF then brought an application to rescind the order.

However‚ the EFF’s lawyers did not attend Friday’s proceedings‚ resulting in the rescission application being dismissed with costs.

“In today’s proceedings‚ the EFF and Malema’s legal representatives did not even show up at court to advocate their side of the story‚ which is odd as they had brought the rescission application.

“We will not hesitate to act against Malema and members of the EFF‚ should they incite people to grab land in future‚” Tarien Cooks‚ AfriForum’s manager of support services‚ said in a statement.

Cooks said AfriBusiness and AfriForum had obtained an enormous victory‚ as had those people of South Africa who owned private property.

Politicians walked the red carpet in style ahead of the 2018 State of the Nation Address(SONA) to be delivered by newly elected South African ...
Entertainment
4 years ago

Ramaphosa announced in his state of the nation address on Friday that he will be appointing a presidential economic advisory.
News
4 years ago
Next Article