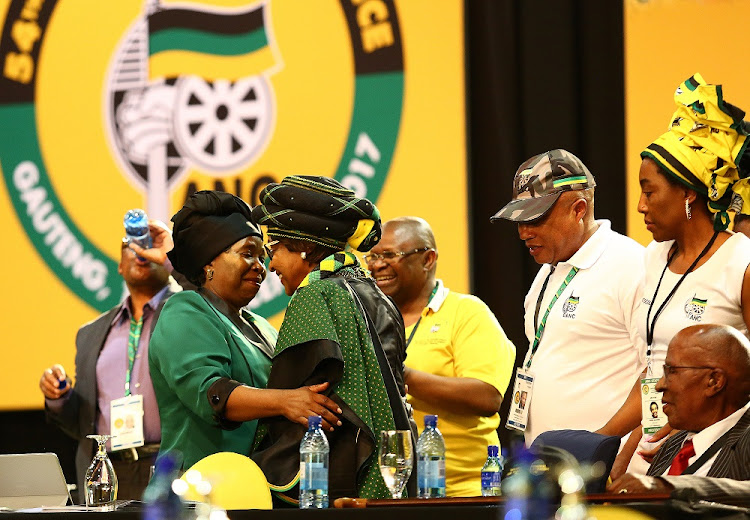 An outcry over the lack of gender equality in the party' top six officials led to a strong lobby for women to be elected to the NWC. There are now 12 women ANC leaders and eight men on the NWC.

While there are a number of returning members of the NWC like Jeff Radebe and Derek Hanekom‚ younger members such as Ronald Lamola and Dakota Legoete were also elected.

According to the party constitution‚ the working committee is made up of the top six officials and 20 members of the NEC.

Their work is to carry out decisions of the NEC and ensure all ANC structures carry out their duties and functions. Initially‚ four provincial leaders from the Free State and KwaZulu Natal in their capacity as ex-oficio members participated in the vote for the NWC‚ but their votes where excluded from the final tally because the two provincial structures were dissolved.

The NEC resolved that following two separate court judgments that saw both provincial leadership structures prevented from voting at the party's conference‚ they should be dissolved and a tentative leadership be put in place pending the rerun of both provincial conferences.

The biggest decision from the two day NEC is a resolution that state president Jacob Zuma be removed from office in a process managed by ANC officials.

In effect‚ this means Zuma’s removal would be inevitable but the timing is yet to be decided.

Two sources who were in the NEC meeting on Friday told TimesLIVE there was agreement that Zuma should not be in office when the party started its campaigning for the 2019 general elections‚ as this could have a negative impact on the party.

Jacob Zuma’s future as president of the country cannot be avoided at the ANC’s NEC meeting starting on Thursday.
News
4 years ago

Ace tries to get Zuma allies into NEC meeting

ANC secretary-general Ace Magashule's move to allow his allies to attend a NEC meeting was rejected during the meeting.
News
4 years ago

A meeting of the ANC’sNEC on Friday night agreed that former party leader Jacob Zuma should be removed as the country’s president.
News
4 years ago

Fresh plans are afoot to recall President Jacob Zuma as the head of state.
News
4 years ago
Next Article