EFF refuses to back down on more university places 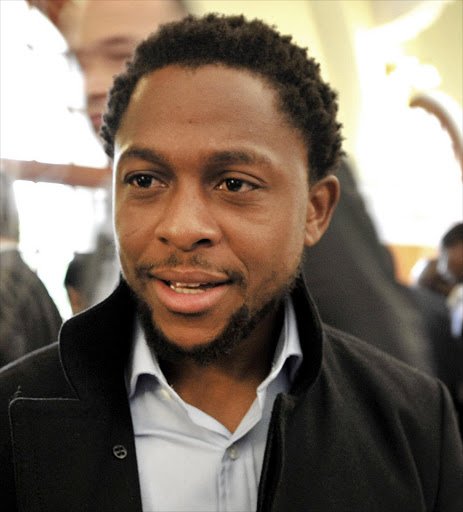 Despite Universities SA’s strong statement‚ the EFF is not backing down.
Image: Gallo Images

The Economic Freedom Front continues to call for potential students to walk in at universities to apply for places‚ following President Jacob Zuma's announcement of free university education for the working class.

However‚ applications for universities closed last year and people are fearful that "political stunts" will lead to university protests.

The party said it will make sure its members are at the entrances of universities to force them to take more students‚ even after Universities South Africa‚ a body representing the country's 26 universities‚ warned no walk-ins will be accepted.

Surprising universities and the Treasury‚ Zuma announced free tuition for students of families earning less than R350‚000 a year on December 16.

They body went so far as warning of violence if walk-in students arrived‚ and mentioned the deadly stampede that crushed an applicant's parent to death at the University of Johannesburg in 2012.

Despite Universities SA's strong statement‚ the EFF is not backing down.

He tweeted: "Authorities should not blame students‚ who did not apply for universities‚ when they know very well that many did not even think of applying due to lack of funds. There must be plans in place to consider all applications‚ allowing the poor to take advantage of free education."

But on Tuesday‚ Minister of Higher Education Hlengiwe Mkhize told broadcaster eNCA: "There is no way in which a person can walk in and expect to be registered. There is no way to assume that because you have money you can just go to that particular faculty. There is always criteria people have to meet."

The Democratic Alliance's spokesperson on higher education‚ Belinda Bozzoli‚ formerly a Deputy Vice Chancellor at Wits‚ said the number of places at universities were worked out in advance with very specialised algorithms taking into account staff‚ lecture halls and other capacity.

The universities have not taken kindly to politicians' statements‚ and have said applications for first-year studies are already closed.
News
4 years ago

She accused the EFF‚ who knew this‚ of "playing games with students' futures".

It is not yet known how the Treasury will fund the free tuition for students whose households earn below R 350‚000. Universities are waiting for the annual budget speech‚ which takes place after registration at campuses begins.

Bozzoli said even if the finance minister finds money to fund free education‚ there is only likely to be money for already accepted students and not hundreds of extra applicants.

The "political stunts" could lead to protests‚ warned Bozzoli. "It is very‚ very serious. This is horrific really. The whole thing is a mess."

"Ultimately‚ President Jacob Zuma is to blame for this mess (with his last minute free-fee announcement). He is reckless and irresponsible. He created a gap and the Economic Freedom Front took it."

Speaking as a former academic‚ she said: "The thing with the education system is it should be boring. You cannot teach and research with instability. Seeing students struggle to go class [due to riots] was heart-wrenching."

Twitter commentator Sihle Ngobese criticised the EFF for suggesting a university degree would lead to a job.

"The idea that a university degree is the ‘be-all-end-all’ is a skewed idea. The #EFF (and #ANC) are selling kids pipe-dreams with this ‘free’ university crap. Rather encourage kids to pursue hard artisan skills and trades. That is what our economy needs."

Asked about the EFF's refusal to back down‚ Universities SA CEO Professor Ahmed Bawa merely repeated his message for potential applicants to use this website to apply to universities in case a place became available.