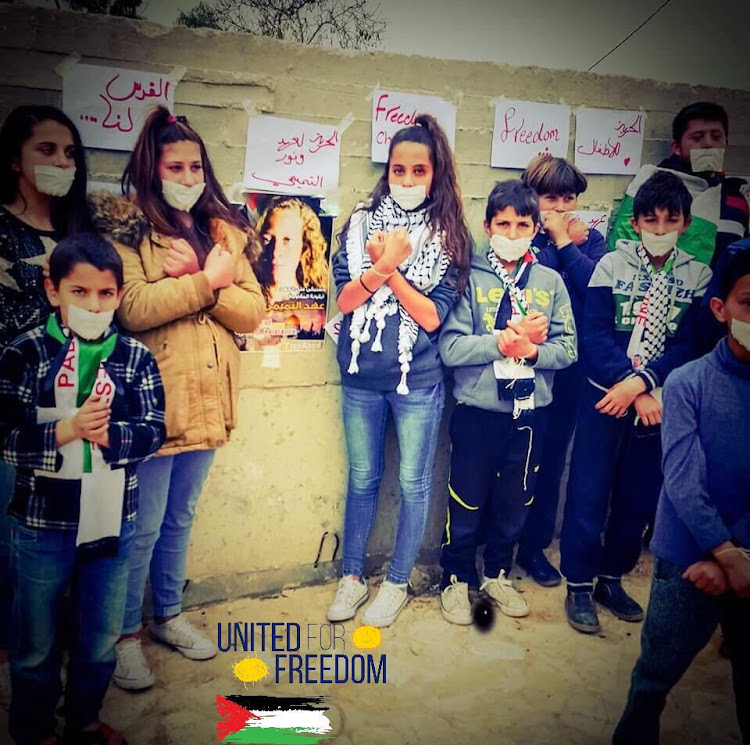 ANC MP Mandla Mandela has added his voice to the international call to have Palestinian child activists‚ including Ahed Tamimi‚ released from an Israeli prison.

A video of last week’s incident between Tamimi and a solider:

Tamimi‚ who visited South Africa this year to create awareness about the plight of Palestinian children‚ was arrested this week. According to Nadia Meer – from the organisation 2 Suns Shamsaan – the 16-year-old’s home was raided in the early hours of Monday morning by Israeli forces‚ who then took her away.

Meer said in recent weeks attacks on the family’s village on the West Bank have escalated. Both of her brothers were also shot.

In a statement on Friday Mandela said after the brutality meted out to teenagers like Tamimi‚ the ‘’moral thing to do’’ was for South Africa to send the Israeli ambassador home and cut ties with that country.

“We want to send this message to our comrades in the Palestinian resistance‚ both those living under occupation as well as the millions living in forced exile; we shall stand by you in the struggle for a free Palestine‚’’ said Mandela‚ grandson of former president Nelson Mandela.

“Today we declare for all the world to hear that South Africa is no friend of Apartheid Israel and we condemn the ongoing tyranny‚ brutality and acts of genocide.’’

Meer said Tamimi has not been charged‚ she has refused to cooperate with police and has opted to remain silent. Her mother was also arrested after visiting her daughter.

“The family is very strong‚ they have been activists for a long time‚’’ said Meer.

On Friday the 2 Suns Shamsaan organisation launched a campaign to free Tamimi and all other Palestinian child prisoners who have been “denied international juvenile justice standards’’.

They have called on the public to cover their mouths‚ take an image and upload it to social media with the hashtags #FreeAhedTamimi‚ #FreeAllChildPrisoners or #MirandaRights.

Mandla Mandela outraged over those 'conniving for profit' at Madiba's funeral

'Julius Malema will not return to ANC' - Winnie Madikizela-Mandela

South Africans‚ not the government or politicians‚ had the power to move the country forward.
News
4 years ago

Former president Nelson Mandela's legacy will continue to be undermined if business leaders and politicians implicated in state capture allegations ...
News
4 years ago
Next Article