Coffin assault duo back in court 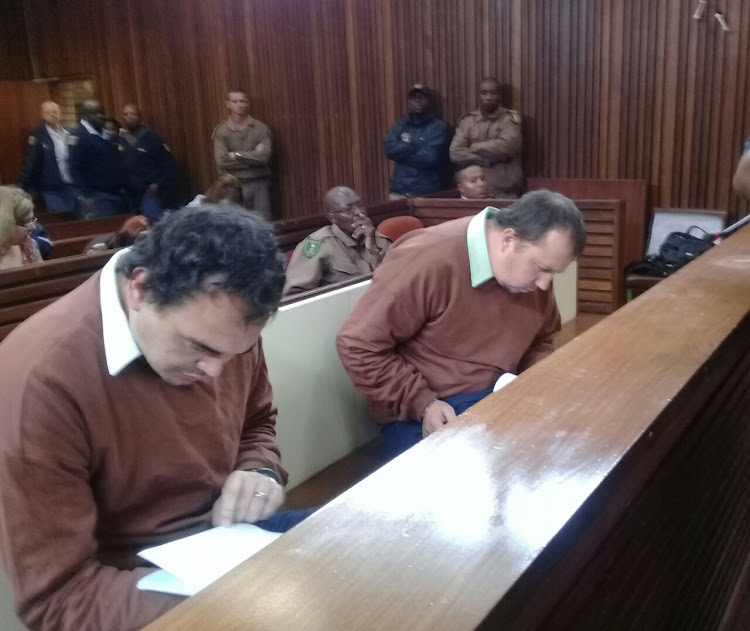 The two farm workers convicted of trying to kill Victor Mlotshwa by forcing him into a coffin and threatening to burn him alive returned to the Middelburg High Court on Thursday to apply for bail.

Dressed in brown jerseys and blue pants with shackles on their feet and around their wrists‚ the pair sat in the dock‚ reading through documents they intend to use to file for bail. Theo Jackson and Willem Oosthuizen later stood in the dock with their backs towards the court gallery‚ casually talking to their legal team.

The two are applying for bail as they await a decision from the Supreme Court of Appeal on whether it will give them leave to appeal.

Mlotshwa and his mother sat in the front row of the half-filled courtroom‚ waiting for proceedings to start. TimesLIVE spoke to Mlotshwa on Wednesday. He said he was shocked by the latest developments in the case.

"I don't know what is happening but I am broken inside‚" he said.

Mpumalanga farm workers convicted of trying to kill Victor Mlotshwa will be launching a fresh bid to be freed.
News
4 years ago

The pair were found guilty of assault with intent to cause grievous bodily harm to not only Mlotshwa but another man‚ Delton Sithole. They were further found guilty of attempted murder‚ intimidation and kidnapping.

Oosthuizen and Jackson have maintained they did nothing wrong. They denied ever having had laid eyes on Sithole and accused him of fabricating evidence.