How I hacked my 'rapist' son 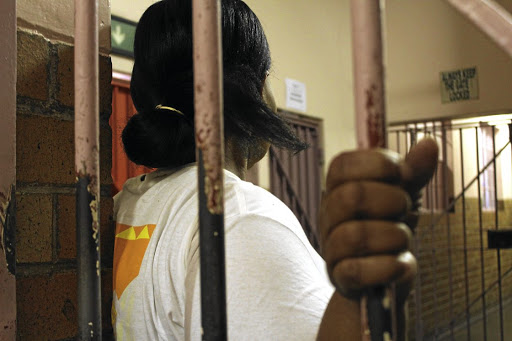 A Limpopo mother is serving 10 years in the Polokwane Correctional Centre for killing her rapist son.
Image: ZOE MAHOPO

A Limpopo mother who is serving time in prison for killing her son after he raped her has urged women to learn to speak out sooner against abuse. She said he had also raped his younger sister, and had terrorised the community.

The woman, who asked not to be named, is serving a 10-year prison sentence in the female section of the Polokwane Correctional Centre.

She spoke to Sowetan yesterday as part of the 16 Days of Activism for No Violence Against Women and Children.

With tears rolling down her face, the woman recalled the day her 31-year-old son, had raped her on September 27 2015.

The mother of three, from Khujwana village outside Tzaneen, said her son attacked her in their home.

He knocked on her bedroom door while she was sleeping and when she got up to open the door he pushed her and forced his way in.

Her son returned home a few days later with relatives.

"They told me that they had brought him back home. I told them that I didn't want him in my house. I didn't want to see his face. But they insisted, saying that I must take responsibility for him because he was my child. I went inside the house to fetch a panga. When he saw me approach he started pleading for forgiveness. He said 'mama I'm sorry'."

She repeatedly struck him with the panga. "He fell down. I said to him 'I love you, you are my child but I am fed up with you'," she said. "I could not take it anymore.

"I felt bad about killing my child. I thought about committing suicide.

"I regret what happened," she added.

She said she felt ashamed to report the incident and tell people that her own child had raped her. He had apparently also twice raped his younger sister. Her son was also known for terrorising and attacking residents in the area. The mother revealed that her son also had a drug problem.

The mother, who had never been to school, only recently learned to write her name after attending adult classes in prison.

She is also involved in a craft programme where female prisoners knit blankets for charity.

She said counselling helped her to come to terms with her tragic experiences.

"I would advise other people not to be ashamed to report rape cases, even if the attacker is your own child.

"If I had spoken out sooner, I wouldn't be here. I loved my son and I tried my best to raise him well," she said.

Area commissioner for Polokwane Correctional Services Kenneth Mthombeni said there were many women who ended up in prison for attacking their abusers.

"We are not here to judge. But as a department we have to look into what brought you here and offer treatment that speaks to that,"Mthombeni said.