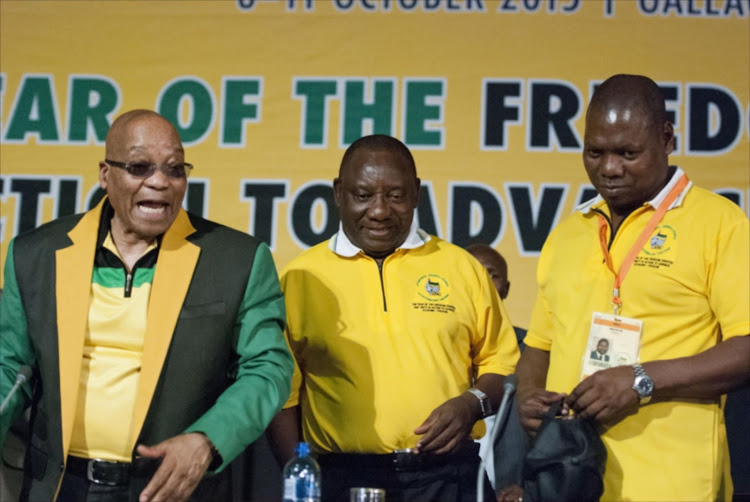 ANC treasurer general Zweli Mkhize has blamed factionalism within the ruling party for hampering the battle against corruption.

He was speaking to journalists on Wednesday evening during a question and answer session at the Hilton Hotel in Johannesburg.

"The issue of corruption is very important because what you need is to be able to create an image of clean governance‚ where we are able to fight effectively and fiercely with corruption ... you have to start with the whole issue of ethical leadership‚ which is an issue that we need to preach within the organisation‚" he said.

Mkhize said the party's failure to deal with corruption was a result of a loophole that accused individuals used every time they were summoned to the Integrity Commission.

"We are going to conference and what we need to work on is the mechanisms that will empower leadership to be able to act in the event someone has been found to have been involved in an allegation that brings the ANC into disrepute‚" said Mkhize‚ who is vying to succeed President Jacob Zuma next month at the ANC's elective conference.

The ANC in the Moses Mabhida region identified the victim as Lungisani Mnguni‚ 34.
News
4 years ago

The ANC Integrity Commission was formed in 2013 to protect the image of the party when members have been accused of criminal or improper conduct.

Many of the allegations of corruption have recently stemmed from a slew of leaked emails linked to Zuma's friends - the Gupta family - who have been accused of using their influence to secure lucrative state contracts for their companies. Both the president and the Guptas have denied allegations of wrongdoing.

Zuma‚ who has stalled the appointment of a judicial commission of inquiry‚ has been accused in veteran investigative journalist Jacques Pauw's book The President's Keepers of avoiding the taxman in his first five years in office‚ amongst many other corruption allegations.