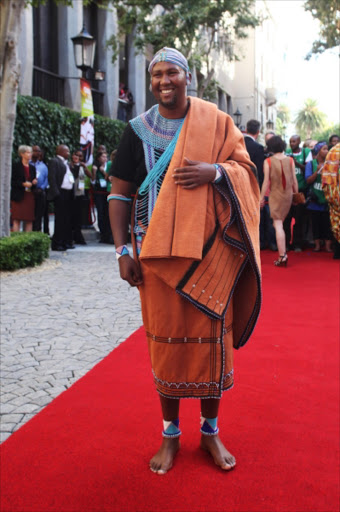 Mandla Mandela says divorce from his wife has been finalised.
Image: ESA ALEXANDER

Mandla Mandela‚ the grandson of former president Nelson Mandela‚ says his divorce from his first wife is now a done deal.

"We are pleased that the matter of my divorce from Ms Tando Mabunu has been settled today‚" he said in a statement on Wednesday night.

Mabunu-Mandela and Mandela married under civil law in community of property in 2004. She filed for divorce in 2009. The case dragged on in the Mthatha High Court as the pair fought over assets. During that time‚ she fought through the courts to stop his remarriages. Two were annulled.

Without giving details of the settlement‚ Mandela said: "The finalisation of the matter which has been before the courts since 2009 is a great relief and enables the parties to carry on with their lives unfettered."

"...We thank all who have been an immense support during this time."

Despite the drawn out estrangement with his first wife‚ he offered her what could be a possible olive branch: "We wish Ms Tando well for the future."

Mandela has been wed four times.

He married his second wife‚ Anais Grimaud‚ in a traditional ceremony in 2010. Three years later‚ he accused his younger brother‚ Mbuso Mandela‚ of getting her pregnant.

In 2011‚ he married for the third time to Mbali Makhathini – known among the AbaThembu as Nodiyala Mandela - also in a traditional ceremony. Last year‚ it was reported that he still lives with her in Mvezo. She has accompanied him to red carpet events‚ such as the opening of parliament last year.

Both marriages were declared null and void.

In February 2016‚ he married Rabia Clarke in a Muslim ceremony at a Cape Town mosque. The couple had a baby boy in May this year.