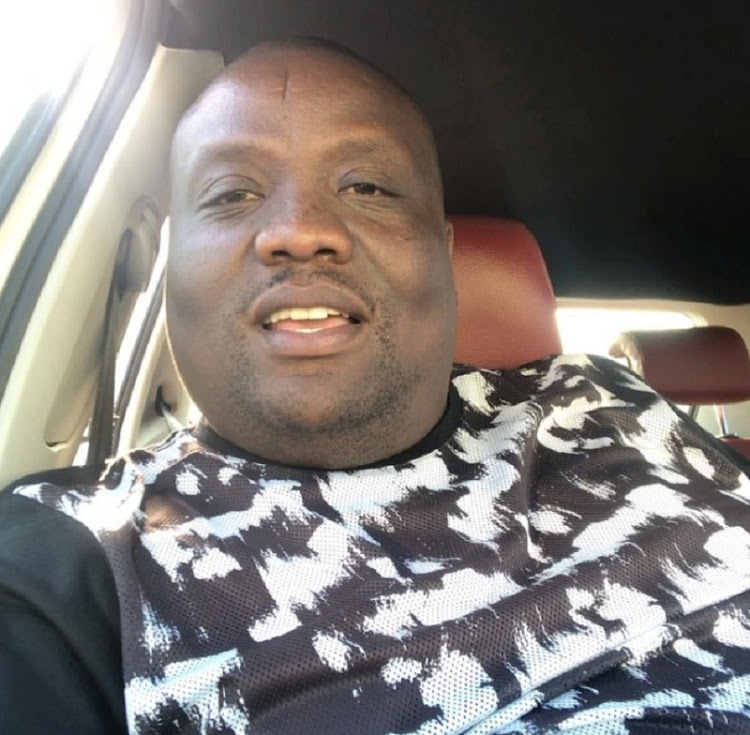 Kwaito musician L’vovo Derrango has shrugged off suggestion that he needed to lose weight‚ claiming that his size made him who he is.

“Right now the concern is my stomach‚ because it is getting big. But my weight is still fine because if you put me on stage I will give 120%. I can’t lose weight because it’s who I am‚ when you speak about L’vovo‚ you speak about the weight‚” he said.

L’vovo had planned to run the Comrades Marathon a few years ago‚ as he looked to work on his health‚ but gave up after failing to qualify.

“I took up running because I always try to do things that people think I cannot do but unfortunately I didn’t qualify. I haven’t run since then because I needed to return to studio to make music‚” he said.

Minnie Dlamini may have burst onto the scene with a stint on SABC 1’s Live Amp‚ but her time on the show almost caused her to breakdown‚ and return ...
Entertainment
4 years ago

He said that despite his growing frame‚ jokes about his weight did not concern him.

“I make it easier for people like me because even if I am teased I am comfortable with who I am and can do anything. Jokes are jokes. I don’t take things personally. There are more important things in life.”

One of these is the issue of people “abandoning their roots“‚ which L’vovo speaks about in his latest single Ngiyabuya December.

“The song is about people needing to go back home during the festive season and not forget where they come from. They must bring money for their family and nice treats for the kids. For me‚ music is a lesson and I want to teach people that they must go home. Nowadays‚ people don’t and children aren’t able to go to school the next year because people don’t bring money. I want to remind people that home is where they were raised and they mustn’t forget that place‚” he said.

Kwaito legend Mdu Masilela is apologetic and blames his poor judgment for the assault case he faces.Masilela spoke exclusively to Sowetan last night ...
Entertainment
4 years ago

Kwaito king and Kaffir hitmaker Arthur Mafokate has been entangled in a racist dispute with two business people over the website of his newly ...
Entertainment
4 years ago

Controversial Pastor Mboro had a stern warning to celebrities‚ who says only support each other when their fame is high‚ but disregard people when ...
Entertainment
4 years ago

Dr Tumi opens up about money struggles and 'being broke'

Dr Tumi has challenged the traditional stereotypes of doctors being wealthy.
Shwashwi
4 years ago
Next Article